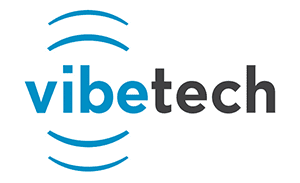 SHEBOYGAN, Wis. — Recruiting efforts have assembled a 12-state VibeTech sales force, which is on target for a first quarter 2021 market launch.  Sales team recruitment is being led by Tim Eylander, VibeTech’s vice president for business development.

“We had a goal in mind for a certain number of sales reps signed up by end of 2020, but we’ve already met the goal by mid-November,” Eyelander said.  “We haven’t done any general search ads; we’ve pursued individuals I’ve come to know well over the years I’ve been in sales management. And these individuals quickly saw the large opportunity with VibeTech.”

VibeTech already has a team of 10 that covers 12 U.S. states. The company is a past finalist in the Wisconsin Governor’s Business Plan Contest. The VibeSit PRO device can be sold to skilled nursing, assisted living and Independent living facilities as well as home use to increase strength and fitness, especially with older adults. Learn more at https://www.vibetechglobal.com/