Badger Institute: Removing the lower rung of the ladder 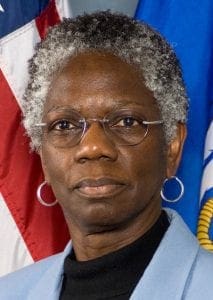 “Every time we get our feet on the ladder, they cut the rungs off.” I was in high school when my dad made this statement regarding the minimum wage. He was referring to Congress’ attempt to increase the minimum wage. “We” refers to blacks and “they” to Democrats. This is my earliest recollection of a discussion about the minimum wage.

My next minimum wage encounter was in a college sociology class and the writings of Gunnar Myrdal. In “An American Dilemma, Volume 1,” Chapter 18, Section 1, The Wages and Hours Law and the Dilemma of the Marginal Worker, Myrdal describes the negative effect the federal government had on black workers when it interfered in labor relations and regulated pay by establishing a minimum wage. The effect on the supposed beneficiaries was loss of employment and being relegated to welfare for survival.

Despite overwhelming evidence that the minimum wage hurts those on the lower rungs of the ladder, efforts to increase it continue today. In his latest budget, Gov. Tony Evers proposes raising the minimum wage incrementally and establishing a task force to study ways to move Wisconsin to a $15-per-hour minimum wage. A measure to raise the federal minimum wage (currently $7.25 an hour) to $15 an hour recently passed the House but was defeated in the Senate.

Having spent many years administering government programs focused on getting low- or non-skilled individuals employment, I believe that a $15-an-hour minimum wage would make those people unemployable and would eliminate them from the workforce.

The negative impact on Wisconsin workers would be significant. In April 2019, the Badger Institute published a policy brief titled “The High Cost of Increasing the Minimum Wage in Wisconsin to $15.” The authors, economists Ike Brannon and Andrew Hanson, found that 38% of Wisconsin workers at the time earned less than $15 an hour. Their modeling suggested that almost one-third of this group —

350,000 workers — would be at risk of losing their jobs if the state were to quickly increase the minimum wage to $15 an hour.

What seems to be misunderstood or ignored is that a guaranteed minimum wage does not guarantee a job. The business owner who must comply with a mandated wage increase has to consider each job and what the contribution of that employee to the job is worth. That calculation includes the employee’s output, wages, Social Security tax, Medicare, unemployment compensation, worker compensation and overhead.

The employer has to assess whether this cost will be borne by the price of the service or product. In 2019, before the COVID-19 shutdowns, low- or non-skilled individuals, especially low-income males and teenagers, were getting jobs at record rates. Many small businesses were willing to hire and train them. Wages were increasing based on labor supply and demand.

The willingness of employers to hire and train is critical to the upward mobility of low- and non-skilled individuals. These workers need to develop soft skills such as being dependable, showing up on time, working eight hours a day and five days a week, taking directions and calling in when sick.

Unfortunately, many of the low-skill workers are males born to single mothers without male role models who are employed. This is not just an inner city problem; single motherhood and the absence of fathers are more widespread than we tend to think. A 2019 study by the Pew Research Center found that of 130 countries and territories examined, the United States had the world’s highest rate of children living in single-parent households.

There are many businesses now looking for workers and are willing to train them. If the minimum wage goes to $15 an hour, the low-/non-skilled American male employee will not be affordable. There are also many employers willing to train employees, but they cannot afford the risk of an inexperienced worker.

Supplemental wage programs, such as the Transitional Jobs program in Wisconsin, were instituted to reduce this risk by reimbursing the minimum wage to employers who hire and provide job experience to low-income, low-skilled individuals, mostly males. Increasing the minimum wage will reduce participation and cause the elimination of these programs. Where will the job-ready workforce come from then?

The minimum wage increase will eliminate teenage employment, particularly for those in low-income households. During my time administering child welfare programs, it was clear that if a person had not been employed by age 16, it was unlikely he or she would be employed at age 26. For the female, this often meant becoming a single parent with government subsidies providing for her and her family. For males, it too often meant prison.

Without question, a $15-an-hour minimum wage will eliminate jobs for thousands of the very people the wage is supposed to help. Work is so important for us human beings, especially males, whose worthiness often comes from work and being a provider.

A $15-an-hour minimum wage will cut off the lower rungs of the economic ladder just as many had finally secured their footing.

Eloise Anderson is a former secretary of the Wisconsin Department of Children and Families, a nationally regarded leader on welfare issues and a Badger Institute visiting fellow.