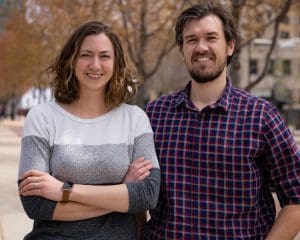 Curate, a Madison-based provider of municipal civil intelligence and monitoring services was acquired by FiscalNote, a firm specializing in global policy and market intelligence based in Washington, D.C. Like Curate, FiscalNote helps its customers monitor, manage and act on legal and regulatory changes, but at the state and federal level.

Negotiations for the deal began just months ago when FiscalNote reached out to the Madison-based startup, said Taralinda Willis, Curate CEO and co-founder.

“It’s a really good home for Curate and seems to be a perfect fit,” Willis said. “They do state and federal so well and we do local incredibly well. Putting those pieces together made a lot of sense.”

Curate developed artificial intelligence software capable of mining meeting minutes and agendas from municipalities across the country. That data, organized and presented on a dashboard, supplies companies with insights into how decisions and policy changes in local government impact businesses.

What started with data from 72 counties across Wisconsin has since grown into a database to include information from more than 12,000 municipalities across the country, Willis said. This dataset is what made Curate attractive, she said, adding that FiscalNote is a much larger company with more than 5,000 customers and 500 employees.