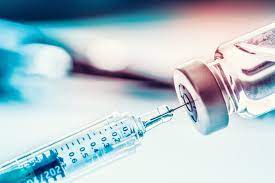 Edward Jenner invented a method to protect against smallpox in 1796. The method involved taking material from a blister of someone infected with cowpox and inoculating it into another person’s skin; this was called arm-to-arm inoculation. However by the late 1940s, scientific knowledge had developed enough, so that large-scale vaccine production was possible and disease control efforts could begin in earnest.

The next routinely recommended vaccines were developed early in the 20th century. These included vaccines that protect against pertussis (1914), diphtheria (1926), and tetanus (1938). These three vaccines were combined in 1948 and given as the DTP vaccine.

Smallpox
Diphtheria*
Tetanus*
Pertussis*
* Given in combination as DTP

The vaccine everyone was waiting for — polio vaccine

Parents were scared of the polio epidemics that occurred each summer; they kept their children away from swimming pools, sent them to stay with relatives in the country, and clamored for an understanding of the spread of polio. They waited for a vaccine, closely following vaccine trials and sending dimes to the White House to help the cause. When the polio vaccine was licensed in 1955, the country celebrated and Jonas Salk, its inventor, became an overnight hero.