Reading headlines around U.S. startup funding, a common theme for 2021 is that practically everything is up. Venture investment is at record highs. Sectors like crypto, security and telehealth are seeing multifold gains. Giant rounds and big exits keep piling up.

However, one thing the data shows is not up: The share of venture funding going to female-founded startups. 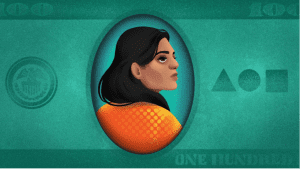 For the first eight months of 2021, companies with solely female founders raised just 2.2 percent of  all venture funding, per Crunchbase data. That’s a lower share than any of the previous five calendar years.

Teams with male and female founders, meanwhile, pulled in 11.7 percent of total funding as of the end of August. That’s roughly a median level compared to the past five calendar years, in which mixed-gender teams brought in 12 percent of funding on average.

With average round sizes getting bigger, the number of funding rounds for female-only and mixed-gender founding teams also fell, as shown in the chart below. (Some of this decline, however, may be due to reporting delays, as rounds at the seed-stage in particular often enter the Crunchbase database weeks or months after they close.)

What to make of the numbers? For Pam Kostka, CEO of All Raise, an organization that supports female founders and funders, the data makes a strong case that gender bias persists among startup investors.

“There are more and more (female) founders with venture-scale businesses that are knocking on doors, but the money isn’t coming,” Kostka told Crunchbase News.

While investors probably aren’t intentionally lowballing or withholding term sheets for women-founded companies, “unconscious bias is insidious,” and it shows up in the funding totals, she said.