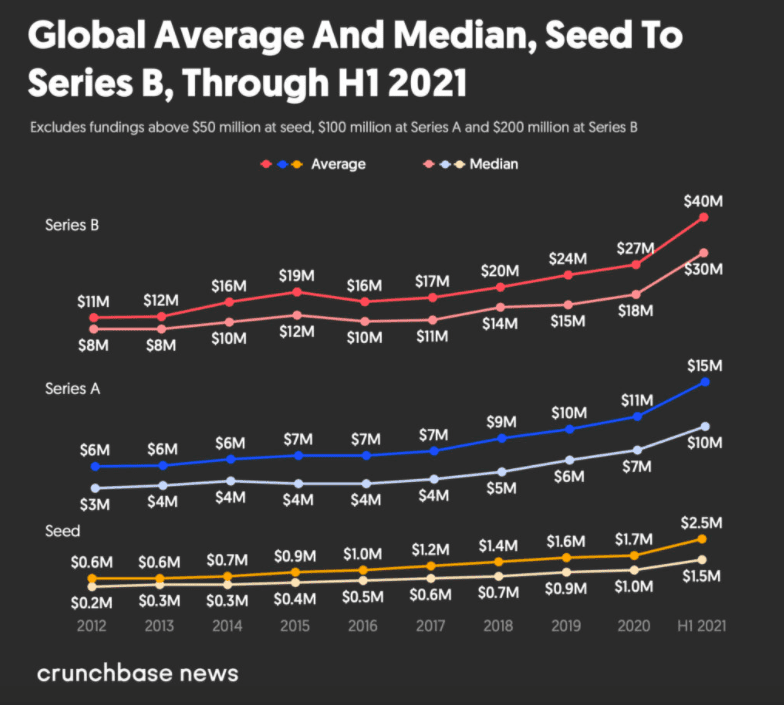 Startup funding around the world is on a tear this year and, increasingly, it’s not just traditional venture investors driving that growth.

Globally, venture investment is up 95 percent year over year to at least $288 billion through the first half of 2021. North America and Europe have seen even greater gains, and funding is up at every single stage, per Crunchbase data.

Just as notable as the eyebrow-raising sums of money being deployed is the cast of characters spending that capital. Growth equity — traditionally those firms that invest in mature private companies — are now competing with VCs by investing more money into startups and at earlier stages of funding.

All of those factors, investors we spoke with say, are making early-stage investing a much more competitive and faster game for all involved.

“The time between meeting a founder and closing a round is getting shorter and shorter because there’s so much liquidity,” said Karim Gillani founder of Luge Capital, a Montreal-based seed and Series A fund focused on fintech in the U.S. and Canadian markets.

“Companies that have meaningful proof points or meaningful traction nowadays often have a lineup of investors ready to deploy,” he said.

The later-stage funds are less price sensitive, he noted, and the speed at which deals close often impacts the diligence process. “We would meet founders one week and the messaging would be, ‘Hey if you’re interested we’re gonna do our first closing next week. Let us know — in the next day — if you’re in or you’re out.’ ”