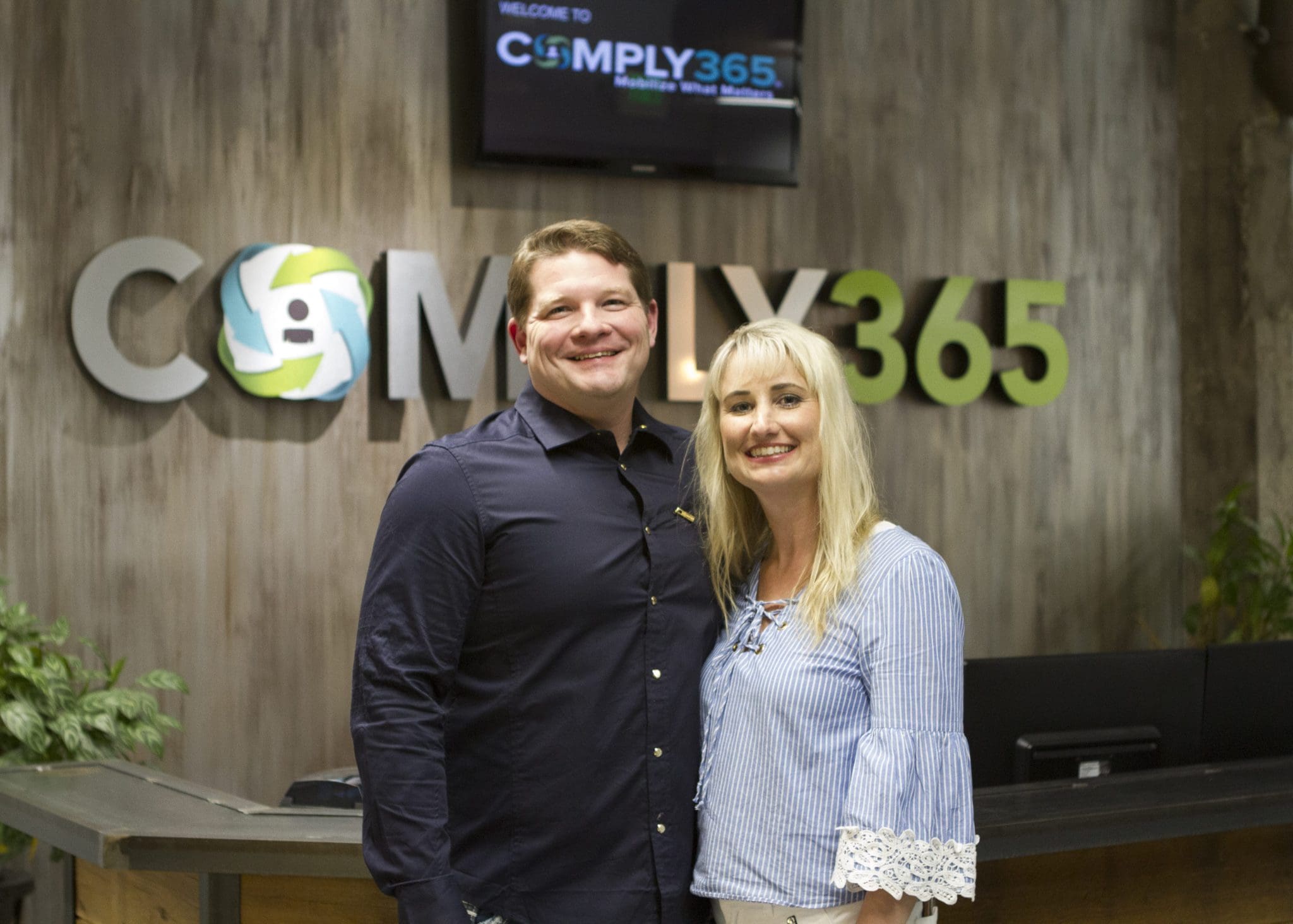 Kerry and Dude Frank, whose vision for digitizing bulky airline pilot manuals took them from their home’s basement in northern Illinois to a successful business in Beloit, will receive the 15th annual Ken Hendricks “Seize the Day” award June 5 at the 2018 Wisconsin Entrepreneurs’ Conference.

The Franks lead Comply365, which revolutionized the flight decks around the world with its software products and now counts about a dozen Fortune 500 companies among its clients. The company’s secure, mobile enterprise platform is used well beyond the airline industry to increase productivity, mobility and compliance.

Comply365 was founded in 2007 and moved to Wisconsin in 2012 after the state offered tax incentives and pushed for the company to be a part of the Beloit renaissance.

“Comply365 has won the attention of investors and industry leaders alike, thanks to the vision and drive of Kerry, Dude and the rest of their team,” said Tom Still, president of the Wisconsin Technology Council. The Tech Council produces the June 5-6 Entrepreneurs’ Conference and administers the award, which has gone to entrepreneurs who have shown persistence in building their companies.

“Powering bright ideas for Wisconsin entrepreneurs” is the theme of the conference, where ‘treps from around the state will showcase their innovations, services and technologies. A dozen panel tracks formed under three unique stages of “launch,” “grow” and “succeed” will appeal to entrepreneurs in all stages. Detailed panel information will soon be on the conference website: witrepsconference.com.

The Entrepreneurs’ Conference is one of the largest events for entrepreneurs and early stage investors in the Upper Midwest. More than 500 people are expected for the two-day conference, to be held at Union South for the second year. Parking permits are now available for purchase through the conference website or click here. Other highlights will include: