Forbes: How startups can foster growth and sustained success 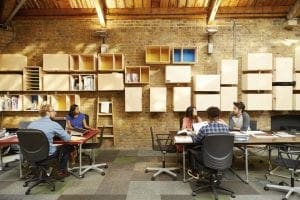 What makes a startup successful? It’s a question millions of entrepreneurs and investors around the world have asked as they invest their time, resources and passion into a single idea. In my 26 years in the technology space, I’ve seen companies with amazing ideas fail, and companies with average ideas succeed. This leads me to the natural conclusion that when it comes to startups, or even growing companies, it’s often less about the idea and more about the execution.

It can often feel like rolling the dice, but in reality, there are key distinguishing features of a successful startup that foster growth. Below are four ways entrepreneurs can position their startups for success.

1. Be Prepared To Pivot

One of the biggest disappointments an entrepreneur can face is formulating a large and exciting project that fails after it has already been funded. In this scenario, a single failure can effectively end a startup before it gets off the ground. Rather than putting all of your eggs in one basket by sinking your entire budget in one ambitious endeavor, investing in smaller, more manageable projects gives startups the agility to pivot in the case of failure (or a blockage like a lack of market demand) rather than concede altogether.