InsideWis: Are Janesville and Monona, Wis., the center of the fusion world? They may well be 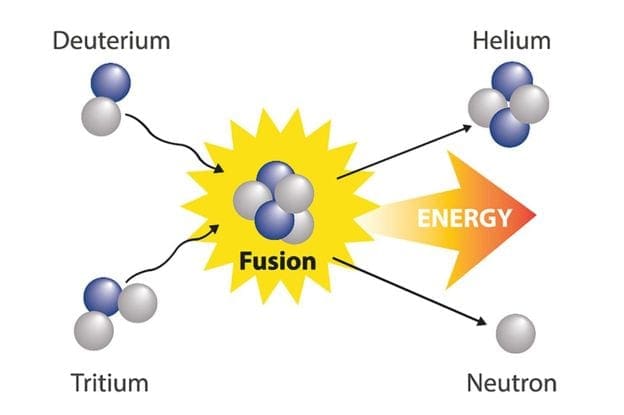 MADISON, Wis. – Greg Piefer and his company are on the verge of being one of the world’s biggest suppliers of a radioactive isotope that is used 40 million times per year in health care.

The company, SHINE Medical Technologies, just landed a $50-million funding round from a global investment firm. The U.S. Nuclear Regulatory Commission recently accepted an incredibly complicated “operating application” from SHINE, which means the firm could begin production of the isotope within a few years if all continues to go well.

As if that’s not enough, SHINE and a related Wisconsin company, Phoenix LLC, set a world record this summer for the strongest nuclear fusion reaction within a controlled, steady-state system.

I know what you’re thinking. Nuclear fusion is one of those scientific Holy Grails that seems forever just out of reach, even viewed by some skeptics as the 21st century of alchemy. Fusion is what powers the sun and would be the ultimate energy source if safely harnessed. However, doing so has largely been the stuff of science fiction for decades.

Until now. The Piefer-led team at Janesville-based SHINE and Phoenix, which designs and manufactures neutron generators in Monona, beat the world record for a controlled nuclear fusion reaction by nearly 25 percent this summer. SHINE and Phoenix ran a 132-hour test with more than 99 percent “up time” in July, yielding 46 trillion neutrons per second.

The reasons for doing so have everything to do with SHINE’s goal of helping 1 billion patients over time by solving a looming shortage of the medical isotope, molybdenum-99. That isotope is now produced only at conventional nuclear reactors outside the United States, most of them on the verge of being decommissioned due to their age.

By demonstrating its ability to churn out neutrons that are used to safely create Moly-99, which deteriorates into Technetium for medical testing purposes, SHINE and Phoenix are proving the process will work reliably while generating the supply of isotopes needed to keep medical tests humming.

“This demonstration proved, beyond a shadow of doubt, that the machine we’ve built can produce enough isotopes to justify a business case for large-scale production,” Piefer said.

Saving and improving lives by creating a reliable supply of medical isotopes should be a big enough goal to satisfy anyone. Piefer, a Brookfield native who holds a Ph.D. from the UW-Madison College of Engineering in nuclear engineering, wants more.

“The reason I went to graduate school was to make energy from fusion,” Piefer said. “I absolutely plan to continue my life working on fusion energy.”

He comes by that desire naturally, having learned from engineering physics researchers at the UW-Madison that included the likes of Gerald Kulcinski and Harrison “Jack” Schmitt. Schmitt was one of last two astronauts to last walk on the moon in 1972. He is a geologist who brought back a combination of moon rock and dirt loaded with helium-3. That helium isotope could be used to produce clean fusion reactions – if the science advances far enough to do so.

For Piefer, the SHINE-Phoenix demonstration was a step toward achieving the fusion energy goal, but by beating modern-day swords into plowshares.

Piefer envisions using material from nuclear weapons, mixed with uranium from the ground so the combination is no longer “weapons-grade,” and bombarding the mixture with neutrons through a steady-state reaction.

He described the July demonstration as “a stepping stone toward advancing fusion for other, more ambitious applications, including the recycling of nuclear waste and ultimately the creation of cleaner, safer and more abundant energy.”

For now, SHINE is focused on producing isotopes that can be used to help diagnose heart disease and the staging of cancer – no small undertaking. In time, however, Piefer will reach for the elusive “grail” of clean, limitless energy that fusion could provide.

“The biggest, steady-state fusion site in the world right now is located in Janesville, Wisconsin. Who would have thought it?” Piefer asked.

Almost no one would have imagined it, but Piefer and his team are making it an unexpected reality.