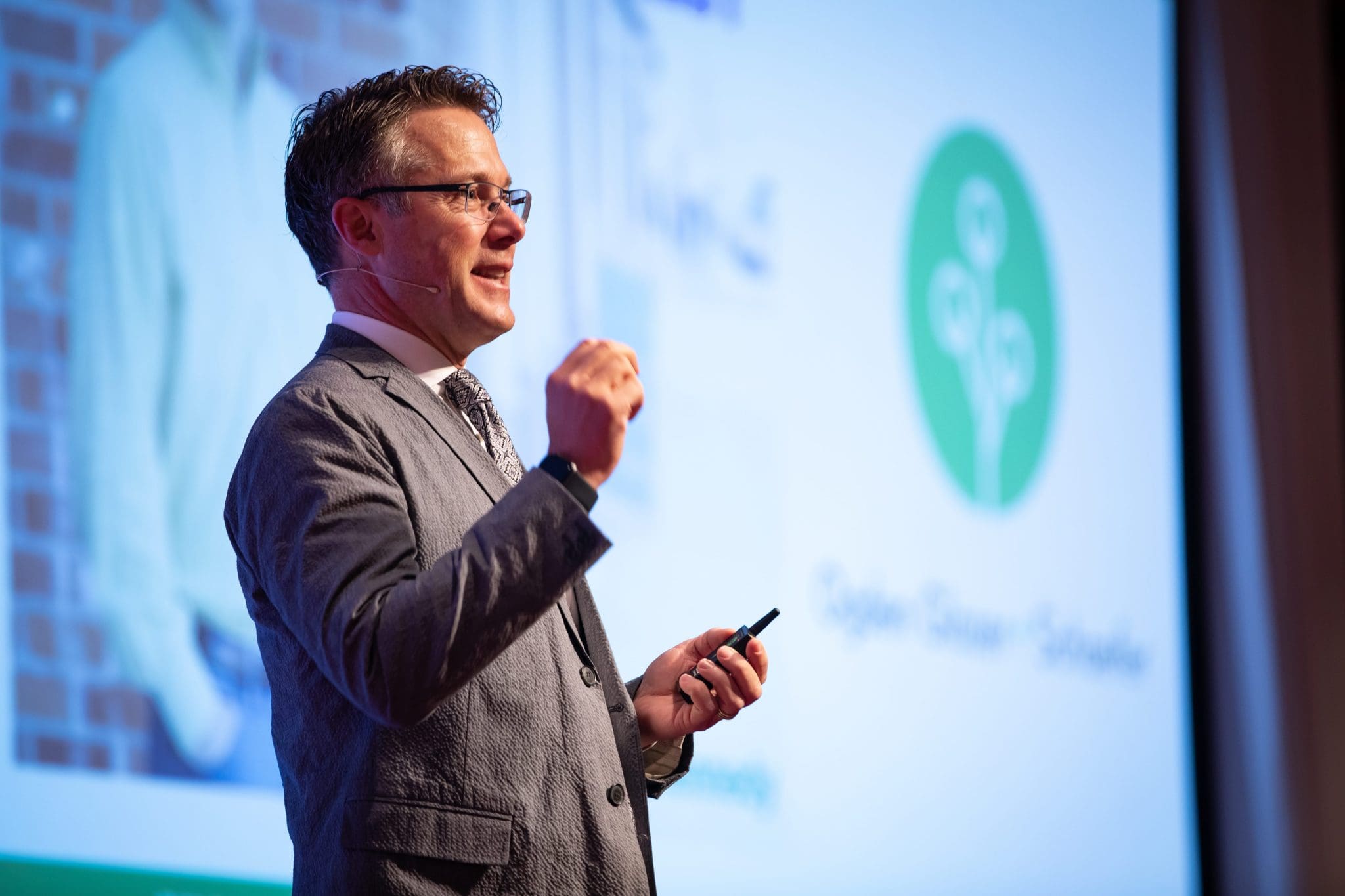 MADISON, Wis. – If you know the name Aaron Kennedy, it’s most likely because he earned a graduate degree at UW-Madison in the late 1980s and five years later started Noodles & Co., an upscale fast-food chain that boasts one of its first stores on Madison’s State Street.

What you may not know about Kennedy is that he used what he learned by branding Noodles, Oscar Mayer and Pepsi products into a winning formula for the state of Colorado.

Your first thought may be: “Colorado never needed branding help. It has 14,000-foot mountains, ski slopes, legal marijuana sales and Denver International Airport. How could they go wrong?”

True enough, but behind the obvious assets of the Rocky Mountain state was a fragmented brand that led Gov. John Hickenlooper – himself an entrepreneur – to reach out to Kennedy to help pull that muddled image into sharper focus.

Because Kennedy left Noodles after the company went public, he took on a two-year challenge as Colorado’s “chief marketing officer,” a title that spoke to the importance assigned to the job by Hickenlooper. The results of Kennedy’s foray into public service after a successful private career offer lessons for other states, including Wisconsin.

Speaking Nov. 8 at the Wisconsin Early Stage Symposium in Madison, Kennedy joked that Hickenlooper told him he had virtually no budget and very little time to come up with answers. Kennedy did have a set of principles, however, that transferred much of what he learned in the private sector to the public sphere.

“Move forward or get left behind. Inclusion fosters support and commitment. Your brand can’t be something you are not. A unified brand or message is powerful and memorable,” Kennedy told the Madison crowd.

Sound familiar? Those same goals summarize what Wisconsin economic development leaders have been trying to accomplish for years, often with success, but just as often sublimated by “legacy brands” that send older messages that drown out unity.

Those who dare propose that “America’s Dairyland” shouldn’t dominate Wisconsin license plates are quickly shouted down, for example, as if manufacturing and technology – or other sectors within agriculture – aren’t a part of the overall brand. As a result, the debate suffocates before it can breathe.

In Colorado, there were about 45 separate logos used by various state agencies and programs. Kennedy’s goal was to use scores of citizen focus groups, attended by thousands of people, as well as polling and surveys to come up with a single Colorado brand that could be adapted for private and public use.

At the end of the process, the unifying brand in a visual sense was a combination that captured elements of the license plate and flag while suggesting a sense of place. Brands are much more than logos; they are emotive. That meant the process also dwelled on what Coloradans thought of themselves and their state.

“Start with something indisputable – like King of the Mountains – and add something distinctly appealing,” Kennedy said.

It turns out that Coloradans think of themselves as hard-working, hard-playing and symbolic of the New West. “Colorado is the state where you can live the life you want … It’s our nature,” became an underlying theme.

Today, Colorado is one of the nation’s leading states in “net migration,” meaning the sum of how many people move into a state versus moving out. Different rankings place it first or second among the 50 states in important categories, such as labor supply, education, business climate and more.

What does Wisconsin, where Kennedy cut his teeth trying to keep his State Street store afloat (literally, following a late 1990s flood), need to do to reinforce its brand?

Kennedy ticked off a handful of factors: education to develop and attract talent, nurture the health of Main Streets, unite behind a compelling message, create a more vibrant entrepreneurial system and cultivate innovation and technology. That’s not a super-secret formula, but one that takes work to see it through. Wisconsin has a start with its “Think Make Happen” campaign, even if more input is needed.

Wisconsin doesn’t have mountains, a giant airport or legal pot, but it does have lakes, diverse industry, an attractive lifestyle and more. It just needs to do a better job telling the world what it already knows about itself.