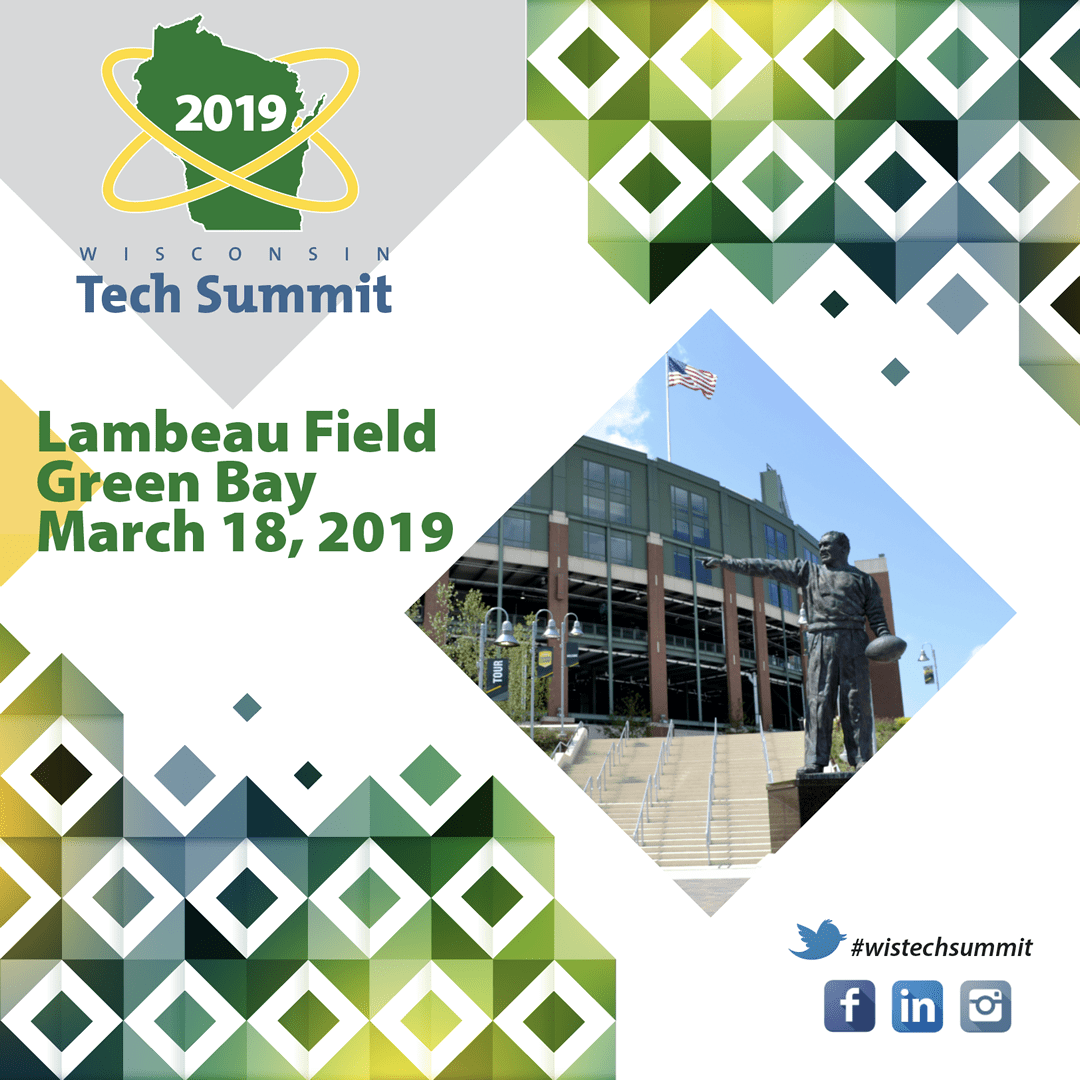 MADISON, Wis. – If you’ve ever gone on a “speed date,” and even if you haven’t, you probably get the concept: A short meeting in which both parties exchange a bit of information about one another and break the ice, with the goal of moving to the next level… or simply moving on with no regrets.

That’s the concept behind the sixth Wisconsin Tech Summit, which will be held March 18 in legendary Lambeau Field in Green Bay.

More on the speed date approach to follow, but your first question may be: “Why Lambeau Field?”

Lambeau is symbolic of the emerging partnership between the Green Bay Packers, Microsoft, TitleTown Tech, the UW-Green Bay and other community leaders to build a stronger and more diverse economy in northeast Wisconsin.

The Packers realize there is value in engaging in the state’s larger economy; Microsoft has research, education and broadband interests in Wisconsin (and a company president, Brad Smith, who hails from Appleton); TitleTown Tech is a new accelerator focused on high-growth startups; and the UW-Green Bay is led by Chancellor Gary Miller, who came from an entrepreneurial background and wants to give back to the campus and the city.

Emerging companies have until Feb. 20 to apply to be a part of the exercise, which will involve large and small firms in Wisconsin’s healthcare, technology and innovation sectors.

How does the Tech Summit work? Imagine hundreds of 15-minute ‘speed dates’ between major companies and emerging companies, spread over a short day.

The goal is to find areas of common interest – research and development, supply chain, sales, even investment or acquisition.

The meetings are purposely short to give the major companies a taste of what the emerging companies can offer, and to schedule as many meetings as possible for all concerned. Sometimes there’s a match; sometimes not.

Major companies only meet with emerging companies they choose to engage with, which means the summit is less of a random meet-up than a calculated process based on what the young companies offer in technology, supply chain or other services.

Over time, according to Wisconsin Technology Council surveys, good things often happen after the young companies leave the meeting room. About 40 percent of those sessions result in some sort of interaction afterward. Some follow-ups have produced major investments, strategic partnerships or simply targeted contacts with others who could be helpful.

How do young companies take part? They visit wistechsummit.com to learn more and to fill out a short application form. There’s no cost to apply; only if selected is there a registration fee.

For young companies, success is not exclusively about raising angel and venture capital. It’s about making the right business connections.

Large and small companies often travel in different “orbits,” even if they’re in the same business sectors, and they rarely collide except by chance. The Wisconsin Tech Summit’s speed-dating format aims to help some of those orbits to cross – and the state’s business development stars to better align.