InsideWis: Doing ‘right” in tech is part of the job in a world of inflammatory posts 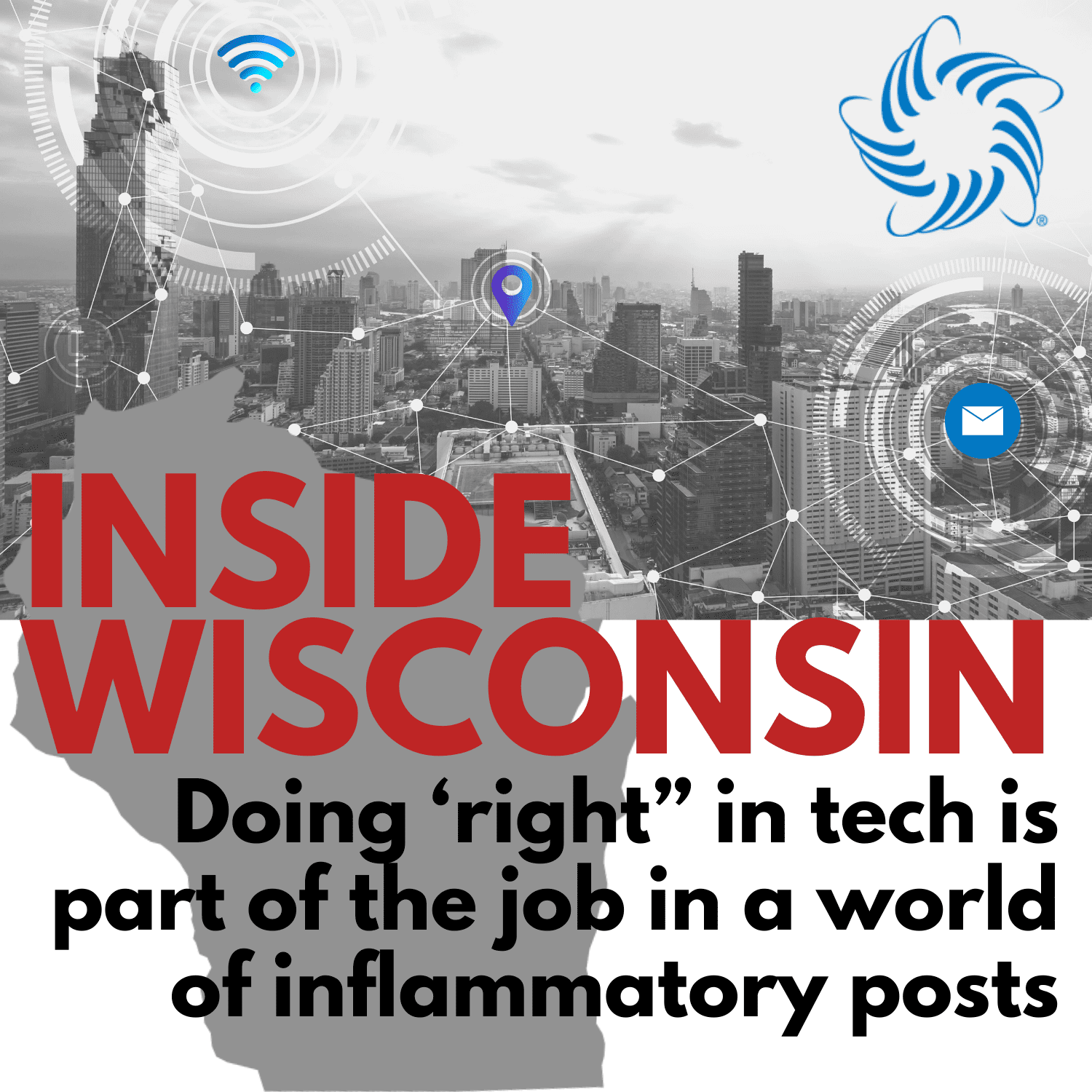 MADISON, Wis. – As unrest spread in the wake of George Floyd’s death while in police custody, thousands of tweets using the hashtag #DCBlackout claimed that communications networks had been blocked in Washington, D.C., in hopes of shutting down protests in the nation’s capital.

The blackout never happened. News reporters on the scene that night in Washington found no problems with internet or other networks; likewise, an internet monitoring service confirmed it found no evidence of any widespread disruption. Everything worked as normal.

Twitter responded by suspending “hundreds of spammy accounts” that used the #DCBlackout hashtag, citing the company’s manipulation and spam policies. Despite Twitter’s actions, about 500,000 tweets from 35,000 unique accounts were generated by the bogus hashtag in a matter of hours.

The #DCBlackout ruse is one of many examples of how internet rumors can spin out of control, courtesy of social media users who deliberately plant misinformation to stir pots that need no further agitation.

Whether it’s fake news about coronavirus causes and cures, “deep fakes” or inflammatory social media surrounding Floyd’s death and related protests, many people are wondering what major tech companies can and should do to monitor social platforms for posts that are akin to crying fire in a crowded theater.

UW-Madison graduate Brian Pinkerton, who has worked for some of the world’s largest tech companies and is now chief architect for Apple’s Siri, talked about the changing responsibilities of “Big Tech” during his presentation to the Wisconsin Entrepreneurs’ Conference. The conference was held virtually Thursday.

“This is a time when we should ask companies to do … a more rigorous job of being citizens of the world,” said UW-Madison graduate Pinkerton, who has worked for a mix of companies ranging from startups to Amazon, Facebook and Apple. He also serves on the board of visitors for the UW-Madison Department of Computer Sciences.

It’s not that Pinkerton blames the “tech” itself – he invented some of it, including the world’s oldest surviving internet search engine. Rather, Pinkerton sees technology as a tool envisioned for useful purposes by software developers and others who didn’t always stop think about possible harmful effects on society. Techies generally saw their work as democratizing communications and data, not something that might be manipulated to disrupt democracy.

“The technology and the grow of the networks (expanded) way faster than we could grow our legal mechanisms or our social mechanisms to respond to it,” Pinkerton said. In part, that was due to a “healthy tension” between building platforms and companies to better connect people and generating the advertising revenue to pay for it.

“I didn’t know of anyone who worked for a search engine company who didn’t feel this tension viscerally,” Pinkerton said.

The good news: Pinkerton said he is “super-encouraged” by recent efforts by the tech industry to monitor inflammatory posts, a task being aided by artificial intelligence. He cautioned, however, such efforts will be “extremely hard to scale” due to sheer volume of posts to be checked and the determination of people bent on causing harm.

“People are still smarter than machines, so they can figure out ways to get around this,” he said.

With many entrepreneurs listening in Thursday, Pinkerton talked less about specific technologies and more about the importance of people and companies doing the right things.

At a time when American society is simultaneously battling the worst pandemic in a century and the enduring legacy of racism, perhaps tech – big or small – can play a role in finding paths forward.