InsideWis: Exploring space is much more than joy rides for billionaires 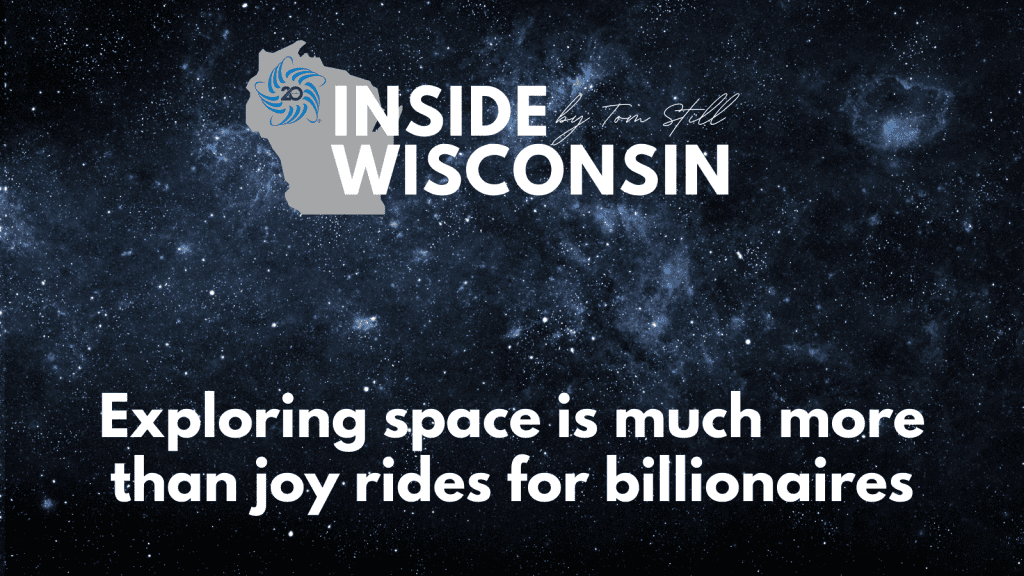 MADISON, Wis. – Virgin Galactic’s Richard Branson has scraped the edge of space; former Amazon executive Jeff Bezos has returned from a 66.5-mile-high journey in a spacecraft built by his Blue Origin company; and Elon Musk’s Space X has a deal with the National Aeronautics and Space Administration to land Americans on the moon.

Some Americans may think space has become a vast playground for billionaires, but these business and technology celebrities are not the only people with their eyes fixed far beyond our skies.

From climate scientists to entrepreneurs to defense experts, a host of people are engaged in what can be dubbed “The New Space Age,” an era when the promise of discovery seems as limitless as the universe itself. Private space flights, climate data analysis, asteroid deflection and mining, neutrino tracking at the South Pole and Perseverance’s exploits on Mars have all generated headlines in recent months.

Wisconsin has played a strong role in space science and engineering since the days of pioneer satellite meteorologist Verner Suomi at UW-Madison and Mercury 7 astronaut Donald “Deke” Slayton, a Sparta native who later managed flight crew selection. That tradition continues – and it may be more important than ever as the trillion-dollar space economy evolves. Some examples:

Wisconsin’s emerging role in space will be discussed Sept. 14 during a Wisconsin Technology Council luncheon in Madison. Panelists are Steve Ackerman, vice chancellor for research and graduate education and a professor in the UW-Madison Department of Atmospheric and Oceanic Sciences; and Eric Wilcots, dean of the College of Letters and Science and a professor of astronomy.

Renewed interest in space starts with unlocking the secrets of the universe. It is about better understanding our origins, and about making practical advances in science and technology that will improve life on Earth. Someday, our ability to aim tiny rockets at hurtling asteroids millions of miles away may save the human race from extinction.

Nearly 65 years ago, America was shocked into the space age when the Soviet Union launched Sputnik, the world’s first artificial satellite. A sense of national emergency was born because the Cold War compelled the nation to maintain a competitive edge, especially in the strategic arena of space flight.

Thanks in part to private moguls Branson, Bezos and Musk, a sense of opportunity is being rekindled while providing a timely reminder of the world’s need for scientific analysis and discovery. We may never take a joy ride into space, but we may all benefit from them.