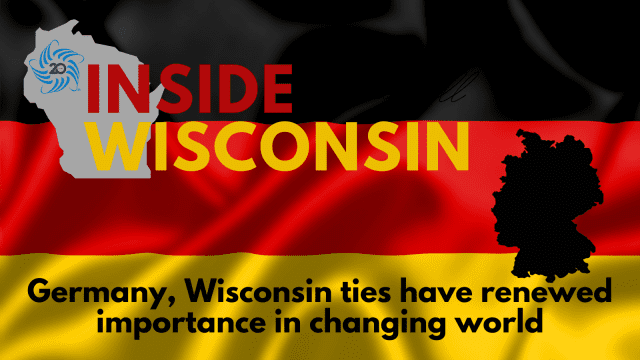 MADISON, Wis. – A landmark election that will directly affect the Wisconsin economy will take place Sunday, but no votes will be counted in the Badger state itself.

Sept. 26 is the day federal elections will be held in Germany amid more uncertainty about the results than at any time in more than two decades. Chancellor Angela Merkel is stepping down after a run that spanned tenures of four American presidents, and which generally reinforced her country’s role as the dominant economy and stabilizing force in Europe.

The results won’t be known for days or even weeks, but the German elections matter to Wisconsin for economic, cultural and scientific reasons rooted in state history as well as current trends.

“The future of America… in the world depends on the outcome of that election and what direction Germany will take,” former U.S. ambassador to Norway Tom Loftus said during a recent online forum that included the Sun Prairie native as well another former ambassador from Wisconsin, Mark Green of Green Bay.

While noting Germany’s strategic importance in Europe, where Russia is flexing its muscles, Loftus and Green also talked about the economic importance of a stable German economy to Wisconsin.

Germany is Wisconsin’s fourth-largest export market with $726 million in exports in 2020, according to data from the Wisconsin Economic Development Corporation. Canada, Mexico and China are the state’s top three export destinations, with $6.2 billion, $2.6 billion and $1.6 billion in 2020 exports, respectively.

Maybe that’s not surprising given that Wisconsin is more “German” than just about any U.S. state when it comes to ethnic heritage, place names, cultural festivals and even topography. It’s an enduring tie that includes sister-state relationships with Hessen and other city-to-city bonds, not to mention extensive German investment in Wisconsin companies, academic exchanges and more.

Green said Wisconsin (and cities with German heritage that dates, in some cases, to the middle of the 1800s) should take advantage of the opportunity to renew their ties.

“Milwaukee and its German heritage — exploit that,” Green told the WisPolitics and WisBusiness.com forum. “It’s something that our German partners are very proud of. Look at those places where we already have those historic ties and cultural relationships… That’s a way of getting in the door.”

A recent example of enduring ties took place Sept. 15 when Justus Liebig University in Germany held a ceremony to celebrate the installation of “Mildred,” a reproduction of a sculpture in Middleton that honors Mildred Fish-Harnack.

She was a 1925 UW-Madison graduate who was the only American citizen executed at the direct order of Adolf Hitler during World War II. Her German-born husband, Arvid, was also executed by the Nazis, both because of their resistance work inside the country.

Justus Liebig University and the UW-Madison have been partners in various research and other projects for nearly 40 years. The Sept. 15 ceremony included a mix of German and Wisconsin officials and was led by Kristina Sinemus, Hessen Minister for Digital Strategy and Development and someone who has worked with Wisconsin companies and delegation for nearly 20 years.

The United States’ position in the world has seen its ups and down of late, and not all Americans even support the notion of global relations beyond the most basic steps. As Republican Green and Democrat Loftus emphasized, however, U.S. interests are routinely cultivated through diplomacy, trade and other economic avenues.

Green, who is now chief executive officer for The Woodrow Wilson International Center for Scholars, said the United States should engage more patiently in what he called “enterprise diplomacy.” In short, that’s a strategy of making long-range business investments in other nations, a tactic followed by China to the worry of many observers.

“We need broad-based investments in our economic advantage, which is our public universities, our science and technology startups, in our entrepreneurs in those fields, and understand that this is a long game we need to play,” Green said. “We need to make sure we invest in all of these fields, and that we do so in a serious way, and that we do so even if there isn’t an immediate economic return.”

German election results may not seem all that pertinent to Wisconsin at first glance, but a second look reveals how a changing world inevitably touches the state over time.