InsideWis: In chaos that is today’s Washington, R&D investment opportunity stands out 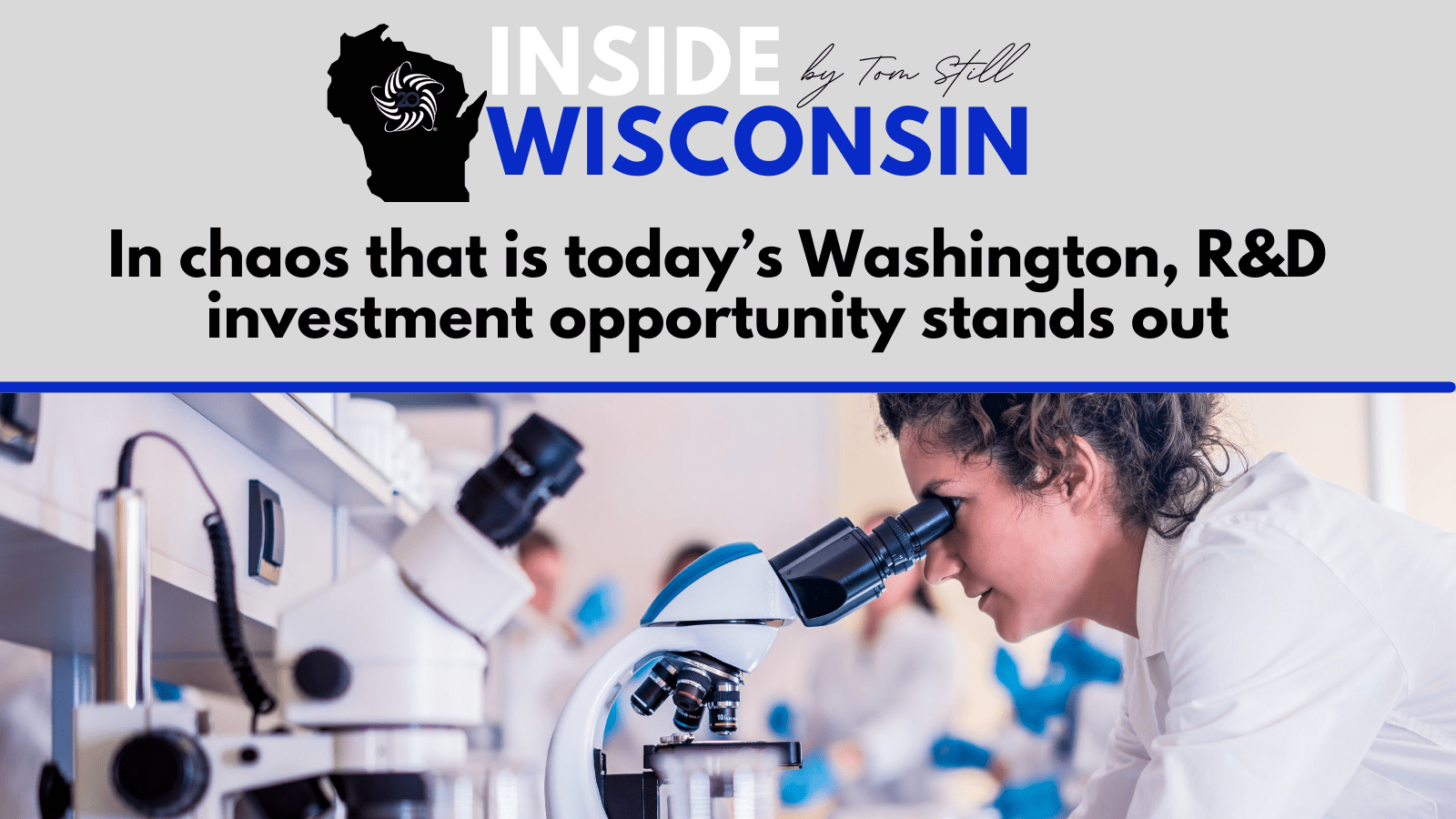 MADISON, Wis. – You’re forgiven if you are among the millions of Americans right now who wonder whether Congress and the White House can agree on anything.

A contentious infrastructure bill, lifting the federal debt ceiling, feuds with long-time allies overseas, and breaking the supply-chain logjam tied to shortages and inflation are among the janky agenda items in the nation’s capital.

One potential bright spot, should policymakers pull it together, is the effort to invest more in America’s research and development sectors through universities and industry.

What was originally called “The Endless Frontier Act” has been rolled into the U.S. Innovation and Competition Act of 2021, which passed the Senate this summer but which has yet to garner attention in the House of Representatives. The reasons for delay appear to revolve around other roadblocks on Capitol Hill versus core opposition to reinvesting in R&D and reversing a decline in U.S. competitiveness.

Federal research spending as a percentage of the gross domestic product has been slipping for decades. Although partially offset by increased industry R&D spending, the decline in basic and applied research has been noticeable in an era when the United States faces massive competition from China and other emerging powers.

A bipartisan group of congressional leaders proposed the Endless Frontier Act in early 2020 to spend up to $100 billion over five years to boost science and technology research, revive American manufacturing and create innovation hubs nationwide. That proposal morphed into the U.S. Innovation and Competition Act, which would do much the same by directing the National Science Foundation to focus on areas viewed as most important to American security and prosperity.

Wisconsin has R&D strengths in most sectors, which is why representatives of four of the state’s leading engineering schools and a leading technology transfer group will talk Oct. 19 about putting the state’s collective oars in the water in anticipation of federal action.

They’ll talk about what kind of assets Wisconsin can bring to the table to compete for federal dollars, which would likely take place within regional partnerships. Any regional collaboration would almost certainly include Madison and Milwaukee and perhaps beyond.

Other states are gearing up to compete in technology and engineering sectors where they have strengths. Wisconsin institutions and industry will need to decide where they can truly shine versus being a just another good team in a 50-state league with plenty of super-stars.

Wisconsin does have advantages. Each engineering school on the Oct. 19 panel has built industry partnerships in a state with one of the strongest manufacturing sectors in the country. When the Brookings Institution ranked emerging hubs in a late 2019 report, Madison and Milwaukee were high on the think-tank list of best bets for a return on federal investment.

There are impediments, of course, but it’s far better to talk about them now – while Washington is at a stalemate – than wait for the dam to burst. One example is much-needed state government investment in physical infrastructure to stay competitive with other states.

Wisconsin can make a case to become a place where federal R&D investments can quickly reap dividends. It starts with aligning the assets of some of its best research institutions.