InsideWis: Industrial hemp may be agriculture’s next big thing, but Wisconsin can’t dawdle 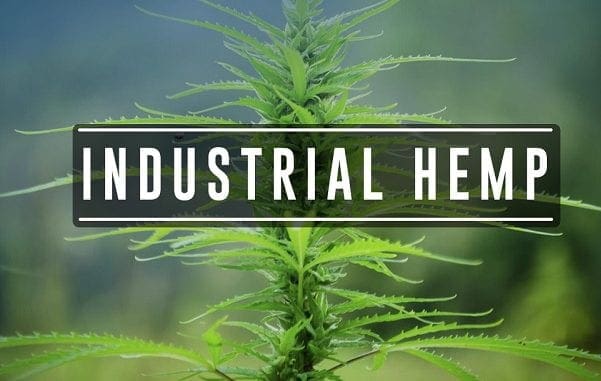 MADISON, Wis. – Wisconsin was once a leading producer of wheat, but a combination of disease and pests devastated the state’s crop in the 1860s. Farmers turned to alternatives, from rye to barley, and from produce to corn.

The predecessors for today’s College of Agriculture and Life Sciences at the UW-Madison were already on the scene, helping farmers transition. It happened again in the 1890s when Professor Stephen Babcock developed the first simple and practical test for measuring the butterfat content for milk and cream, which propelled the dairy industry. The state’s cranberry industry took off at the turn of the 20th century, again with the help of decades of UW research.

The production of industrial hemp might be the next frontier for Wisconsin’s agricultural researchers.

That point resonated during a Feb. 26 meeting of the Tech Council Innovation Network in Madison, where more than 200 people gathered to hear about the research pilot program for growing and processing industrial-grade hemp. With the dairy industry in crisis and rural economies threatened, will research into the potential uses for hemp – including medicinal – occur at a pace that allow markets to develop in Wisconsin?

It’s an open question unless state legislation that allowed Wisconsin to take part in the federal pilot program, authorized by the 2014 Farm Bill, transitions from a list of things hemp growers and processors cannot do into a regulatory system that promotes the natural growth of markets.

Research into uses for hemp will help speed market growth. Industrial hemp is a plant of the genus Cannabis, which looks and smells like marijuana but has been bred over time to remove most of the psychoactive chemical compound THC. Even with lower concentrations of THC, hemp can be used for production of cannabidiol oil, a non-intoxicating flower extract that many people believe can treat a host of medical problems. However, experts say the jury is out on the true health benefits of using CBD oil and caution people into buying into unsubstantiated claims.

Still, the market for CBD oil is skyrocketing. People who grow industrial hemp in Wisconsin would likely sell 75 percent of what they produce for oil production – and at per-acre prices that dwarf what they could get by planting the same land in corn. About 25 percent of hemp can be used for everything from personal hygiene products to textiles, and from solvents to pet food. During World War II, when Wisconsin was the leading hemp production state, it was often used for making rope.

For the markets to expand well beyond CBD oil, however, more research must take place. Bill Barker, the associate dean for research at UW-Madison’s College of Agricultural and Life Sciences, told the Feb. 26 crowd the potential to help the state’s farm sector is significant.

“We have infrastructure and people. Now, we just need the resources,” Barker said.

Wisconsin also needs to modify a law, passed in 2017, that led to the first legal plantings of hemp in 40 years. As explained by Brian Kuhn of the state Department of Agriculture, Trade and Consumer Protection, the pilot program that led to production in 2018 covers licensing and registration requirements, sampling and testing for TCHC concentration, law enforcement requirements and more.

The surge in applications from growers has taxed the ability of DATCP’s Bureau of Plant Industry to keep pace, however, and there are barriers in place that prevent growers and potential processors – who appear in short supply in Wisconsin – from communicating among themselves.

The result is that Wisconsin could lose the race to become a leading hemp producer unless information flows more freely within the industry and consumers are assured what’s a legitimate product and what’s not. That’s an emerging role for research but also a goal for follow-up legislation.

Sen. Patrick Testin, a Republican who represents all or part of six central Wisconsin counties, helped to shepherd the bill that allow Wisconsin to take part in the pilot program. Testin told the Tech Council crowd he is working on “Hemp 2.0” legislation to protect consumers and facilitate growth of the industry.

“We have to put some basic framework in place, so consumers know what they are purchasing is meeting standards,” Testin said.

Other states are vying to the lead in producing industrial hemp. Wisconsin can starve and over-regulate its own process, or it can let research and market forces take the lead. The latter is the best chance for state farmers.