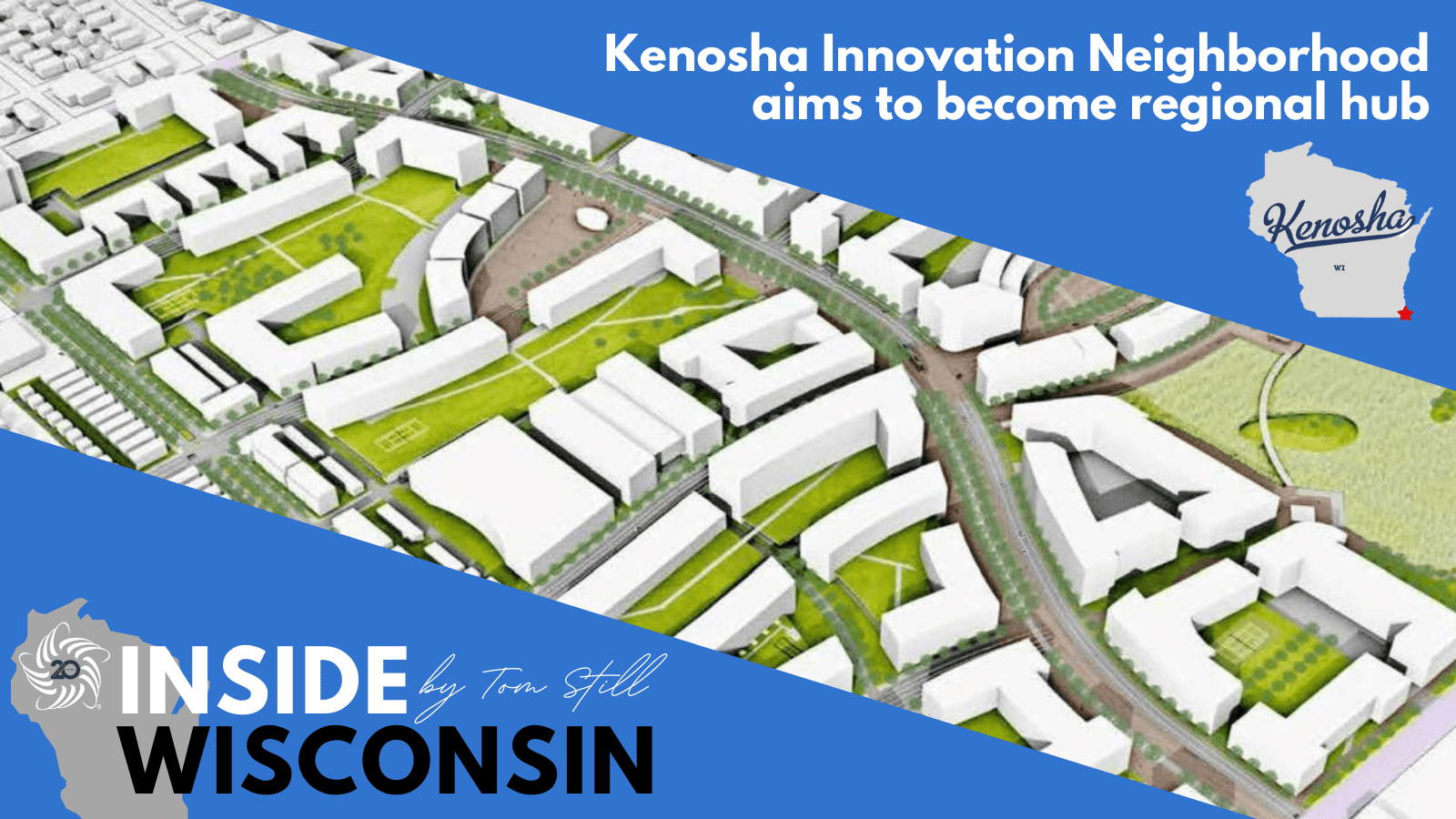 KENOSHA, Wis. – The city of Kenosha has seen its share of challenges of late, not the least of which was unrest in August 2020 following the police shooting of Jacob Blake. In other ways, however, it’s on a roll that stands to benefit the southeastern corner of Wisconsin and the state at large.

Also in the mix is a project that would transform 107 acres in uptown Kenosha that were once the site of a Chrysler Motors engine plant, now a barren brownfield for more than 10 years but owned by the city and cleaned up for redevelopment.

If plans come to fruition, it would be the Kenosha Innovation Neighborhood, a site that would combine an innovation center; a charter school for science, tech, engineering and math students; a presence by four regional colleges; housing; retail; green space; new streets and more between 52nd and 60th Streets east of 30th Avenue.

It’s not your grandfather’s research park, but a space intended to revitalize six surrounding neighborhoods while stimulating the economy and building a stronger workforce.

“We want to make Kenosha the destination” for companies and people who see Wisconsin’s southeastern corner as a good place to do business – as well as a compelling place to live, said Mayor John Antaramian.

Antaramian is former member of the Wisconsin Legislature who has helped to lead the city during good and hard times. As the plan for the Kenosha Innovation Neighborhood has evolved, the team has grown to include UW-Parkside, Gateway Technical College, Carthage College and Herzing University, private consultants who have helped with similar projects elsewhere, and some longtime Kenosha employers.

“I never saw these 107 acres at their height,” said UW-Parkside Chancellor Debbie Ford, who is leading a foundation to raise money for the project. She became chancellor just after the Chrysler plant shut down. “But I very much look forward to seeing and realizing what it can be.”

Ford and other educational leaders believe it’s vital to bring programming and opportunities to people who lives around the proposed Kenosha Innovation Neighborhood. A STEM academy now located in another part of the city would be moved to the site, and the colleges would offer classes, as well. Training and retraining would focus on digital and other skills.

“For many of the people who live near there, UW-Parkside and Carthage feel like they’re hundreds of miles away, not in the same city,” Ford said.

The total project cost over time has been estimated at $1 billion dollars, much of that invested in housing, but the city plans to walk before it runs by raising private dollars through the foundation and seeking money from state government. A proposal for $20 million in state funding was proposed in the 2021-23 budget, but it didn’t make the final cut. Antaramian and others are reviving the ask by checking out how the project may align with federal dollars through the American Rescue Plan Act, also known as ARPA.

So, what does an innovation park in Kenosha have to do with the rest of Wisconsin? If it’s a success over time, it will be another magnet for businesses that want to open or expand in the state. State income and sales tax dollars generated in Kenosha spend just as well as those raised in Eau Claire, Appleton or Janesville, and the cross-border effect with Illinois may help to attract both.

“The goal is to get people and companies here while better educating our citizens, providing housing and other things that keep and attract young people,” Antaramian said during a recent meeting.

Some people still have questions, such as whether the project would transform the neighborhoods  versus gentrifying them, but the vision is comprehensive and bold enough for many others. Kenosha has seen its down times, but the Kenosha Innovation Neighborhood is a chance for more “ups.”