InsideWis: Pushing the boundaries of the ‘Endless Frontier’ in science 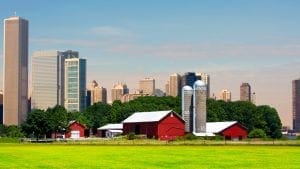 MADISON, Wis. – Vannevar Bush is a giant of American science and technology whose name you’ve likely never read or heard … but probably should.

An engineer, inventor and science administrator, Bush ran the World War II Office of Scientific Research and Development. He was a vice president and dean at the Massachusetts Institute for Technology, the founder of what is now Raytheon, and later was the main force behind the creation of the National Science Foundation. His inventions, such as the first practical differential analyzer, continue to influence how computer science is studied.

Perhaps most important, Bush helped to set the course for post-war prosperity by pushing for investment in American science and innovation. That legacy is getting renewed life in Congress today.

Bush wrote “Science – The Endless Frontier” for President Truman in 1945 to reinforce the link between technological primacy and economic progress. He envisioned such investment as an edge that would keep America at the forefront of rebuilding a devastated world.

The nation and the world have been severely tested in different ways in 2020, underscoring a need to invest in research and development for a safer, stronger future. The “Endless Frontier Act,” introduced in Congress by a bipartisan group that includes U.S. Rep. Mike Gallagher, R-Wis., is an effort to do so.

With a cost of $100 billion spread over five years, the Endless Frontier Act was introduced “to bolster U.S. leadership in science and tech innovation and dramatically increase investment in emerging tech.”

It aims to create a new technology directorate within the National Science Foundation – still very much alive decades after Bush’s vision took hold – with separate authorities to fund and advance 10 key technology focus areas viewed as most important to American security and prosperity.

The act calls for partnerships between universities, government and industry, with 10 interdisciplinary research hubs to transfer science and technology into innovative goods and services while boosting metro, state and regional economies.

Gallagher, a rising star in the Wisconsin delegation, was joined by Democrat Ro Khanna of California’s Silicon Valley as the lead sponsors in the House of Representatives. On the Senate side, the lead sponsors are Minority Leader Chuck Schumer, D-N.Y., and Todd Young, R-Ind.

A mix of reasons brought this bipartisan group together. Economic competitiveness at a time when American innovation is being challenged abroad is chief among them, but so is national security and the need to protect domestic intellectual property from unlicensed copying and pilfering abroad.

Gallagher zeroed in on that challenge when he announced his support: “In recent years, the United States has taken important steps to slow the transfer of critical technologies to the Chinese Communist Party. But in order to ensure the CCP does not gain technological superiority in the future, we also need make proactive investments in strategic technologies central to the competition.”

Several independent “think-tank” reports have also contributed to the discussion. The Brookings Institution issued a report in late 2019 that called for more investment in emerging technology and innovation centers, with Madison (No. 1) and Milwaukee (No. 17) high on the list. In a separate report at roughly the same time, The Chicago Council for Global Affairs published “A Vital Midwest,” which drove home reasons why the nation’s heartland should be a major part of leading such a transformation.

To push the debate, a Wisconsin coalition has come together to produce two webinars under the banner of “Shaping the Endless Frontier: How the Midwest Can Spark the U.S. Economy.” Among others, the Aug. 11 webinar will feature John Austin, the primary author of “A Vital Midwest.” The Sept. 16 event will headline Reps. Gallagher and Khanna as well as a top researcher at the Morgridge Institute for Research, Melissa Skala. Free sign-up is open through the Wisconsin Alumni Research Foundation.

Vannevar Bush passed away nearly 50 years ago, but the legacy of the work he started continues. If properly supported, the frontiers of American science and technology are still endless.