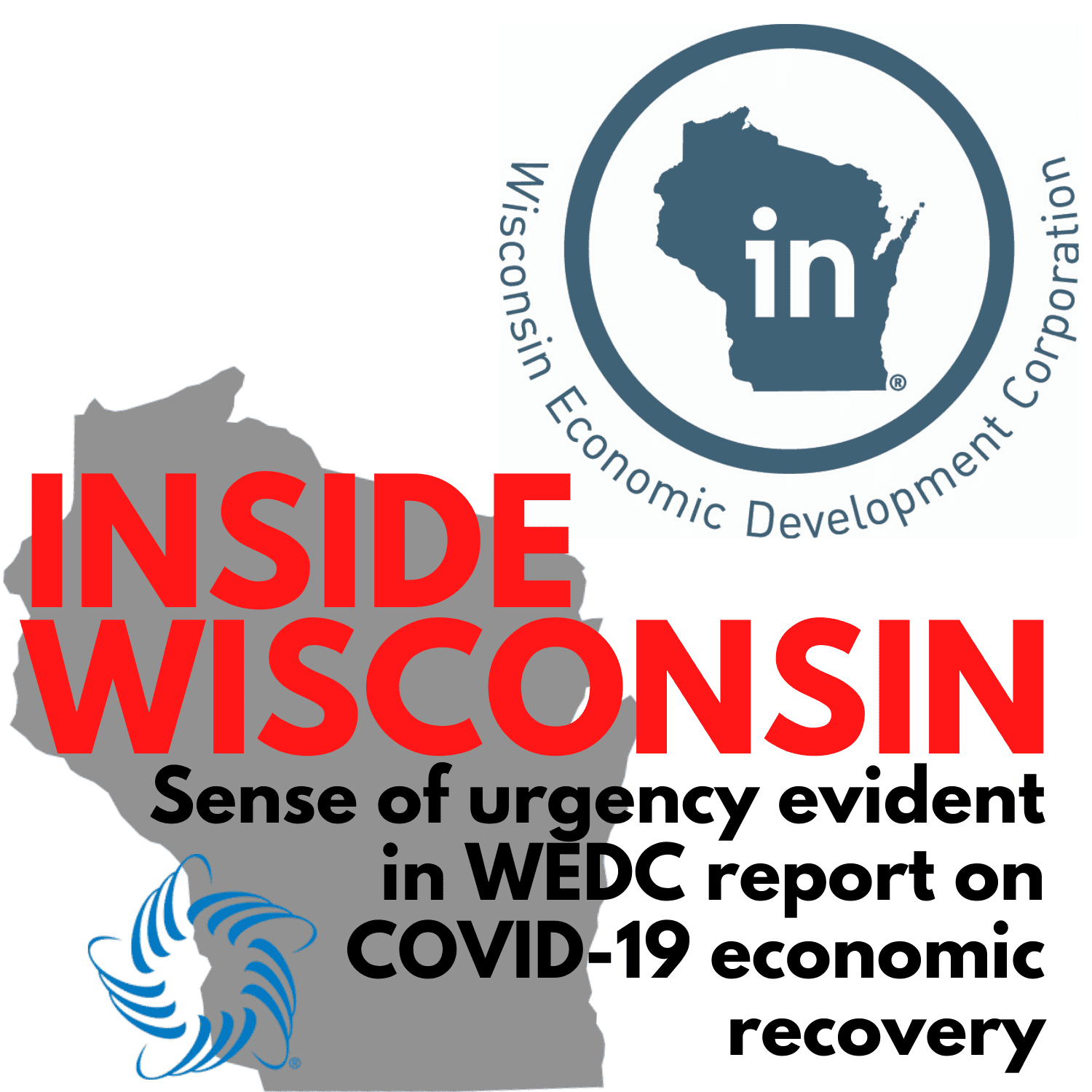 Her family’s home sits at the end of a rural road in southwest Wisconsin, with a driveway that stretches a third of a mile off the road. The broadband connection is through a satellite dish, a solution that works well enough but it’s an expensive one driven by a lack of choices.

Such is the story in much of rural Wisconsin, where robust broadband connections can be hard to come by in many communities – a reality that was threatening economic vitality long before the COVID-19 epidemic hit.

Four months into the epidemic, the problems caused by weak connections or no weak connections at all are even more pronounced in rural Wisconsin, where students faced barriers to online education, patients didn’t have access to telemedicine services, and businesses couldn’t reach customers no longer able to show up in person.

Those problems and more explain why the Wisconsin Economic Development Corp., which is headed by Hughes, issued a June 30 report outlining recommendations for rebuilding the state’s economy through a mix of measures that include more worker training, support for the state’s small businesses and startups, and enhancing broadband choices and penetration.

The report listed five major recommendations for improving broadband connections in Wisconsin, which fall behind the U.S. average, largely because federal figures suggest more than a quarter of people living in rural Wisconsin lack even one good source. For Hughes, it means being open to technologies and solutions other than fiber optics to the home.

“Fiber and wires may be outdated” for many geographic areas, Hughes said, and likely also rank among the most expensive sources for people who are most isolated. Solutions such as rural small-cell technologies or television “white space” transmission are among solutions that could help.

“Fixing broadband in Wisconsin is not a moonshot; it’s not insurmountable,” read the 150-page WEDC report, titled “Wisconsin Tomorrow – An Economy for All.” It continued: “But it is critical to economic development and recovery and must happen now.”

That sense of urgency was also on display in WEDC recommendations tied to support innovation, entrepreneurship and emerging companies.

Like reports issued by groups such as the Wisconsin Technology Council over time, the WEDC report emphasized the role played by young companies in creating quality jobs. In fact, young companies in Wisconsin and elsewhere have historically created the bulk of jobs, mainly because older firms tend to shed those jobs over time.

Recommendations include building on the support system for entrepreneurs – something that barely existed in Wisconsin 20 years ago – and providing incentives to established firms to work with seed accelerators; investing in an early stage fund to support young companies; and identifying manufacturing trends that could provide startup opportunities.

The state has previously put a modest amount of money into the Badger Fund of Funds, which has invested in about 20 emerging companies. The WEDC’s “Qualified New Business Venture” tax credits program has spurred at least $500 million in private investment in the state since launching in 2005. That program has been copied in other states and was most recently highlighted in “The Wisconsin Portfolio,” a Tech Council publication that charts early stage deals in Wisconsin.

Hughes believes the time is right for more investment.

“The precisely the moment when we should be investing in the innovation economy. We can’t recover if we’re not bold,” she said, noting policymakers should not let “energy dissipate” as the COVID-19 crisis moves to whatever stage is next.

With an uncertain election year and more issues clouding the horizon, finding consensus around Wisconsin’s economic recovery from COVID-19 won’t be easy. Perhaps the WEDC report will provide a timely rallying point.