InsideWis: Signs of life in the investment community as angels, VCs pivot 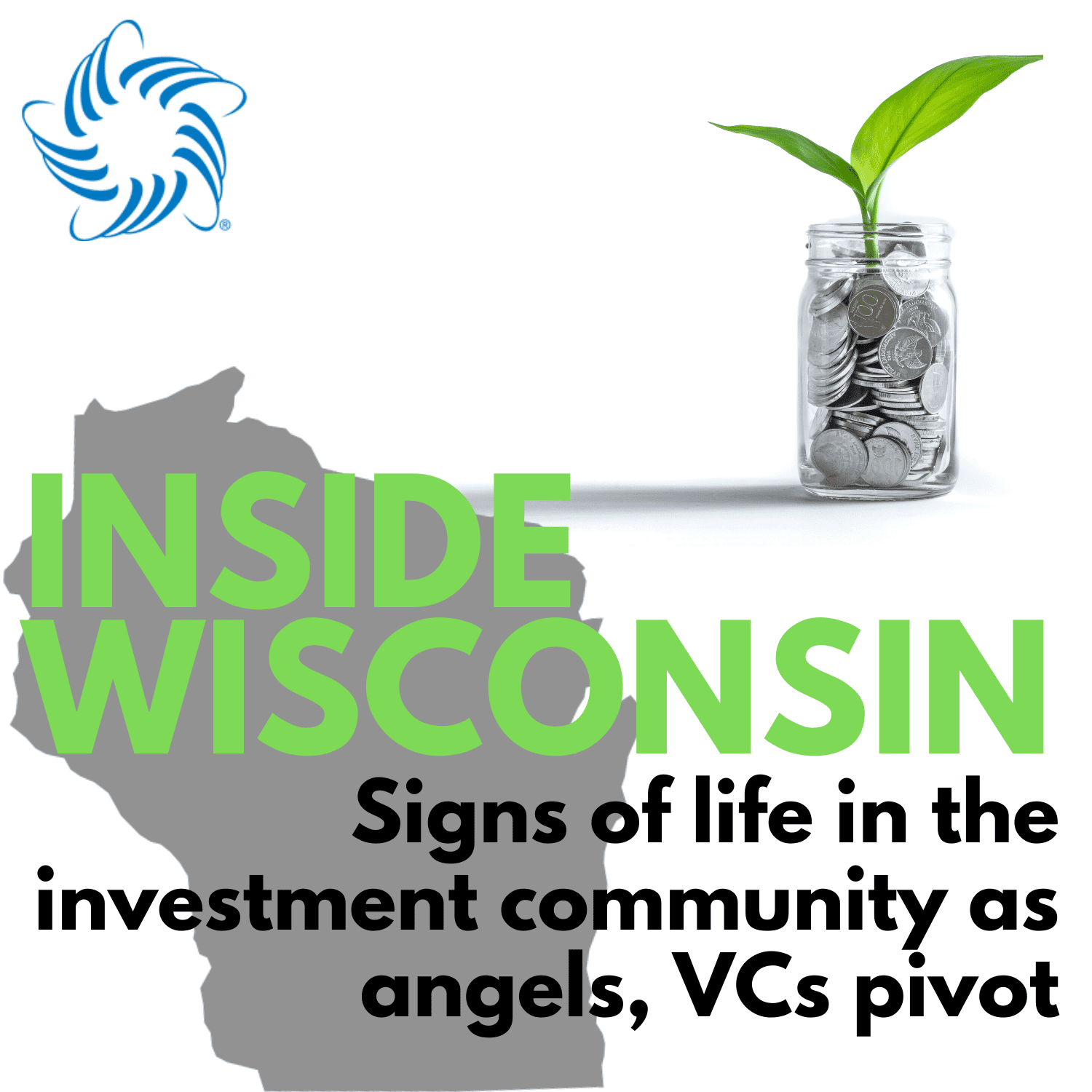 MADISON, Wis. – The National Venture Capital Association puts out a daily newsletter which, among other things, highlights investments in startups and other emerging companies. That chronicle of reported deals says a lot about the state of private equity investing in the COVID-19 era.

Mobile gaming, cybersecurity and anti-phishing, electric bicycles, educational software, minority-owned enterprises and warehouse robots are among the deals on NVCA lists, not to mention a company that sells meal kits and smart ovens in which to cook them. So much for just ordering a pizza.

Perhaps capitalizing on the need to recover from quarantine’s bad habits, a Montana startup called Big Sky Health raised $8 million around its apps for dealing with meditation, fasting and reducing alcohol consumption.

Sure, there are still plenty of medical therapy and diagnosis deals in the mix, but many investors are adapting to the times instead of going into hiding and waiting for the pandemic to blow over. That’s good news for young companies as they adapt to the changed investment landscape.

At the June 4 Wisconsin Entrepreneurs’ Conference, a virtual discussion on what kind of deals are getting done – and which are not – featured two young companies with different perspectives on the COVID-19 investing climate.

Amanda DoAmaral is the founder of Fiveable, a Milwaukee-based firm that uses technology and social learning techniques to enhance education – especially for students prepping for advanced placement courses and exams. She described the post-COVID change in investor attitudes as a “lightning strike moment” for her company, which attracted about 1 million new online users in two months.

“For us, it has always been about finding more ways to help students and teachers. (In the past), I found a lot of investors shied away from ed-tech. Now, it’s the hot new thing,” DoAmaral said. “There’s been more opportunity for ed-tech of late. Students need more experience using technology … and hopefully things don’t just go back to where they were before.”

Jesse DePinto is co-founder of Front Desk, a short-term apartment rental firm in Milwaukee that caters to leisure and business travelers. The COVID-19 shutdown hit the travel industry hard in March and April just as Front Desk recorded two of its strongest months ever in January and February.

The rapid plunge in business was disheartening for Front Desk at first, DePinto acknowledged.

“We started to see more cancelled bookings than new bookings, which was scary,” he said, but the company moved from crisis mode to careful planning and spotting fresh opportunities as some competitors folded.

“We’re starting to get back into growth mode now,” said DePinto, who noted the company’s core investors stuck with Front Desk even if some potential investors backed away for a while.

Almost every crisis can spawn short-term gains for someone, as evidenced by the spate of startups during the Great Recession of the late 2000s. The COVID-19 outbreak is likely no exception. However, young companies should be wary of trying to woo investors with ideas that might not outlive the pandemic itself, warned panelist Tim Keane, founder of Golden Angels Investors.

“What often happens is we see people with good short-term ideas use a long-term capital structure, which winds up being is a problem for them,” Keane said.

In recent surveys, Midwest and Wisconsin investors expressed caution about new investments and some startups are experiencing major trouble in finding cash. Angel investors, who often represent the first outside money in young companies, are the most cautious. But those same investors say they’re likely to stick with the deals they have already made, however, and will put money in new portfolio companies if it feels right.

A survey by the Wisconsin Technology Council of 25 state investors showed 16% invested in new deals in March, 24% in May and 28% expected to do so in June. The rest expected to make a new investment sometime before the end of the year.

Deals are still getting done in 2020, although not as many as transpired in 2019 and perhaps not always on terms entrepreneurs once envisioned. Even during a pandemic, a winning team, a solid business plan and innovative technology may still attract the money it needs.