InsideWis: Turning early stage rejection into ‘yes’ can depend on supply of cash 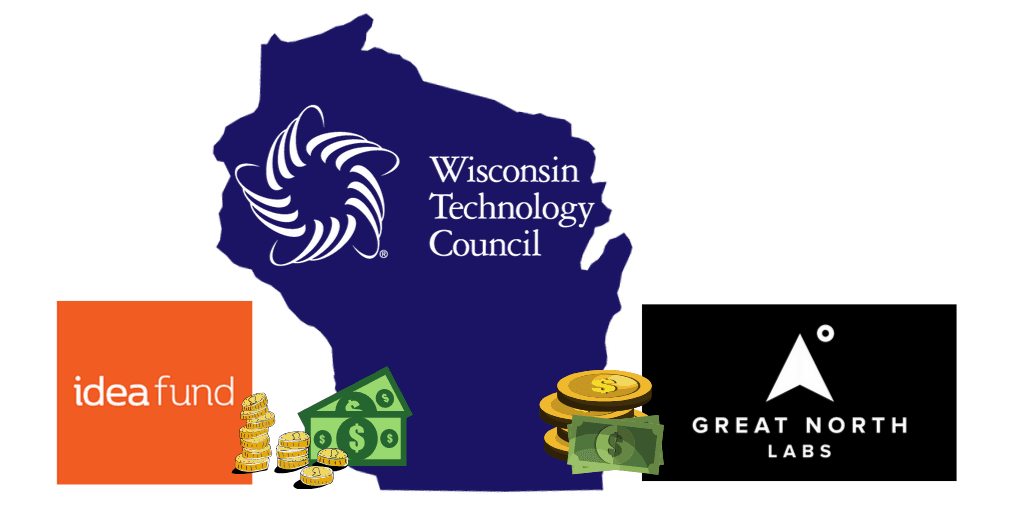 EAU CLAIRE, Wis. – The Idea Fund of La Crosse and Great North Labs in St. Cloud, Minn., have a lot in common when it comes to early stage investing in the Upper Midwest.

Both funds are roughly the same size in terms of dollars they manage ($13 million and $24 million, respectively) and both like to invest in young companies operating in small to mid-sized cities, having closed a collective 24 deals so far.

Managers of these relatively young funds see another parallel: There is market space for more early stage investors like them.

“I think Wisconsin could support 10 Idea Funds based on what we’re seeing in deal flow,” said Jonathon Horne, managing director of the Idea Fund, which is one of the regional funds that make up Wisconsin’s Badger Fund of Funds.

Horne and Mike Schulte, an associate with Great North Labs, spoke during a Sept. 17 luncheon held by the Tech Council Innovation Network on the UW-Eau Claire campus. They described how their funds operate and how they examine the team, technology and market potential of young companies – commonly called “due diligence” – before investing.

What surprised many attendees was how many good companies fall outside the ability of each fund to invest.

Schulte said Great North Labs has examined about 1,000 basically sound companies over time and Horne estimated he’s vetted about 300 qualified startups in two years. That means “no” has been the financing answer in all but 16 cases for Great North and eight deals for the Idea Fund.

The reasons for saying “no” range from uncomfortable risk to products that don’t fit the market to regulatory hurdles, but the biggest may be not enough money.

Wisconsin has improved its standing as a state for angel and venture capital deals, but it still falls short in relation to its size. Wisconsin has nearly 2% of the U.S. population but less than one-third of 1% of all venture capital under management. Four states control 80 percent of venture capital and Wisconsin is among those 46 scrambling for its share of the remaining 20 percent.

In 2018, there were 121 angel and venture capital deals in Wisconsin for a total investment of nearly $281 million, one of the best years on record. Many investors in Wisconsin and beyond think the state has enough strong companies to absorb up to twice that amount. The same holds for much of the Upper Midwest.

Schulte of Great North Labs, which invests in six Upper Midwest states, said the region’s lower costs of doing business lowers company “burn rates” for invested cash. In California’s Silicon Valley, he noted, 2.2 times more cash is required to retain a fund’s 10 percent ownership in a company than in the Upper Midwest.

He’s not alone in that assessment. Larger funds such Drive Capital, 50 South Capital, Lewis and Clark, Allos Ventures, Lightbank Fund and Revolution Ventures have planted flags in the Midwest because they see the potential for deals that make money for them while producing jobs and economic activity. Regional investors will be among those on hand in Madison Nov. 6-7 for the Wisconsin Early Stage Symposium.

How are states positioning themselves for this renewed private interest in the Midwest?

Some have been aggressive about underwriting state funds, matched by private dollars, that co-invest in young companies and other funds. Michigan, Ohio, Illinois and Indiana’s Next Level Fund have followed that approach in the belief a rising investment tide will lift all states in the region.

Wisconsin has a toehold called the Badger Fund of Funds, which has invested in 18 young companies statewide through recipient funds such as the Idea Fund of La Crosse. The state of Wisconsin is a limited partner in the fund through a $25-million investment.

However, investments in funds elsewhere in the Midwest average hundreds of millions of dollars per state. Those dollars are magnets for much more in private investment. For states that have engaged in larger funds, the paybacks can be significant in tax dollars, economic growth and good-paying tech jobs.

Is Wisconsin primed to step up? Yes, but it will require political will to build upon a tech economy infrastructure that is growing but still short on cash. Investors can find profitable reasons to say “yes” if there’s more money to go around.