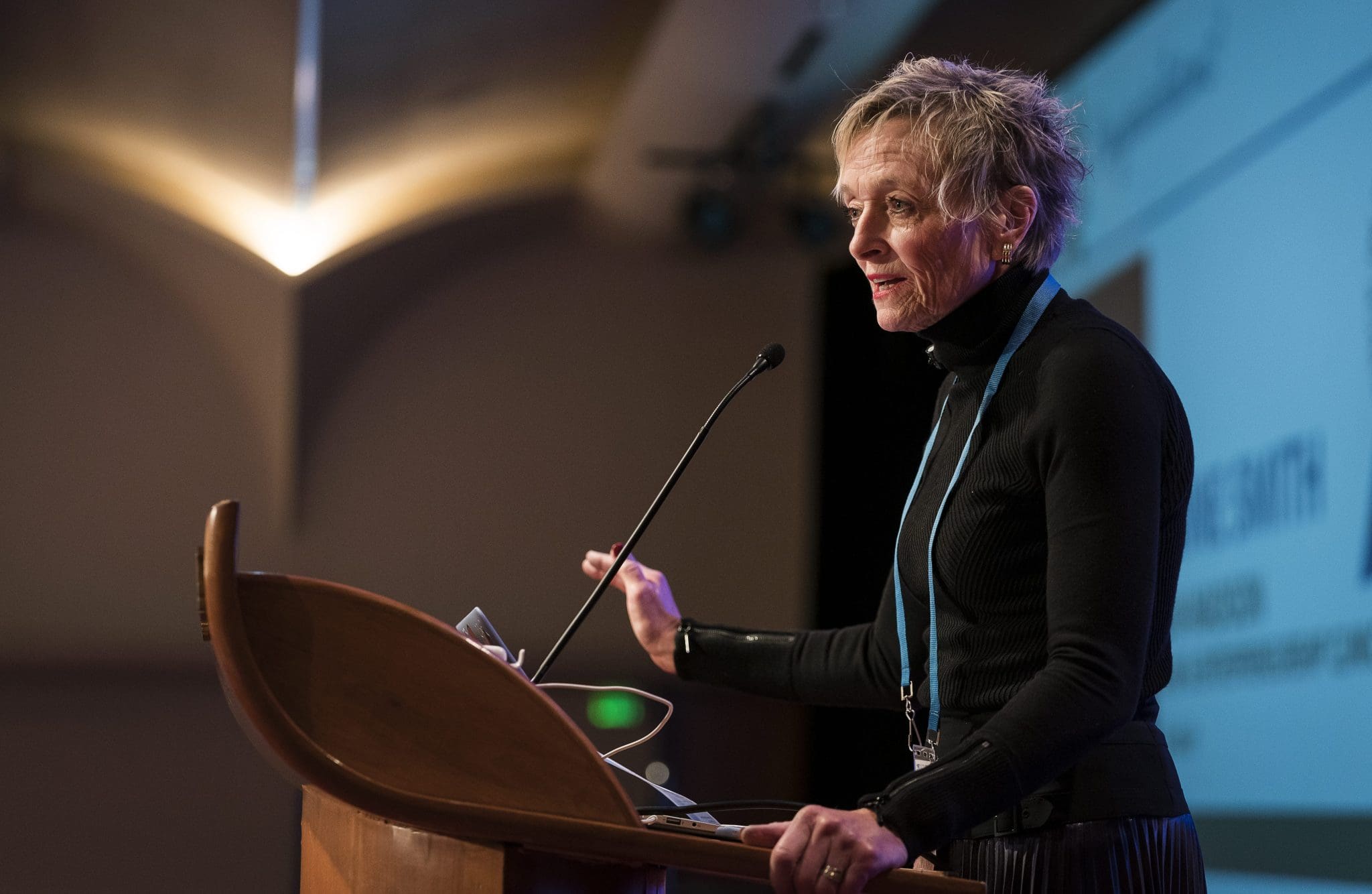 MADISON, Wis. – Two standing ovations at the just-completed Wisconsin Early Stage Symposium help to explain the rising role of women in the related worlds of entrepreneurism and investing.

The first ovation was Wednesday afternoon for Anne Smith, the co-founder of the Law and Entrepreneurship Clinic at the UW-Madison, as she received the “Excellence in Entrepreneurial Education” award for her work with several thousand campus entrepreneurs over the last decade.

The second round of applause was later in that day when entrepreneur and investor Jan Eddy was inducted into the George Mosher Memorial “Investor Hall of Fame,” the first woman to be honored by her peers for her work in the vineyards of angel and venture capital. Both annual awards are produced by the Wisconsin Technology Council.

Smith, a lawyer and mentor who has worked inside companies such as Promega, and Eddy, who founded two software companies and has invested in about 30 young firms over time, were once exceptions to the male-dominated rule. Not many women were working in the tech and entrepreneurial space – and even fewer were risking capital as investors – when Smith and Eddy launched their careers.

Today, national statistics reveal a changing trend. There were more than twice as many women entrepreneurs in the United States last year as there were 20 years ago. The rise in women investors has much been slower, but the numbers are growing in angel networks, early stage funds and venture capital funds to the point of being noticeable.

At the annual Early Stage Symposium, other numbers helped to tell the story:

That’s not 50-50, of course, but it represents much more balance than is often found in events showcasing the best and brightest in tech and investing.

Women may be leveling the playing field because they’re proving themselves to be more adept at business than some of their male counterparts. 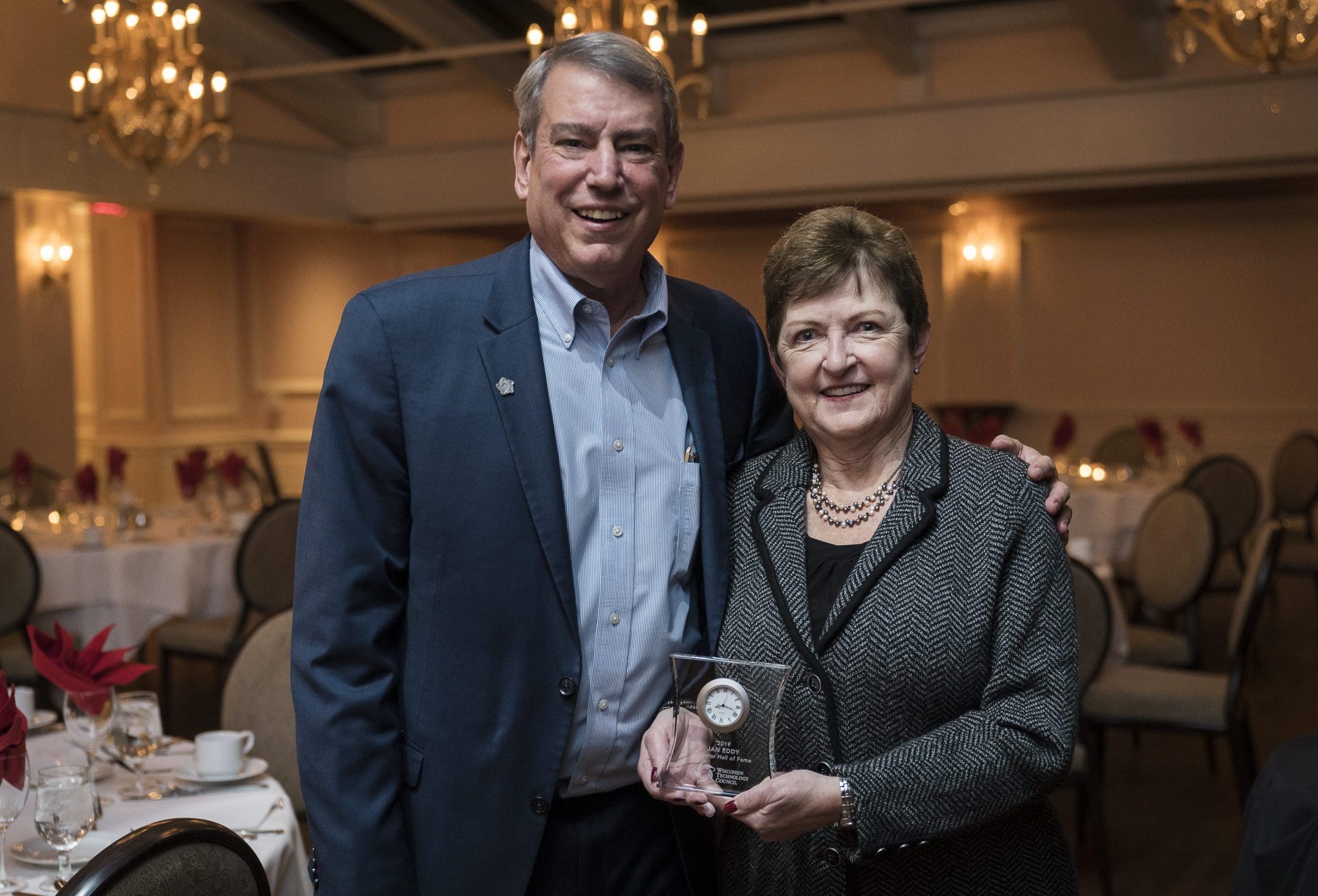 Prairie du Sac’s Eddy was a software pioneer in the Madison area, investing first in her own firms (Office Solutions and Wingra Software) before putting money in other tech firms as an individual angel or as a member of angel funds such as Phenomenelle and Belle Capital. She told a dinner crowd of investors she estimated about one-third of her deals went belly up, one-third are still alive but not yet returning profits, and one-third succeeded. That’s a high batting average for early stage investing.

National statistics from groups such as the National Association of Women Business Owners indicate there are about 12 million women-owned firms in the United States. Those companies generate $1.8 trillion in sales and employ nearly 9 million people.

Those are not just lifestyle businesses or one-woman shops. One in five companies with revenue of $1 million or more are owned by women, which is a little more than 4 percent of all women-owned U.S. firms. According to Fundera, women started 1,821 new businesses per day in the United States last year.

Women apparently stretch a buck farther than their male counterparts. The same Fundera report noted that women generally ask for less company funding than men but have higher success rates. In fact, private tech companies led by women show a 35 percent higher return on investment even though just 7 percent of venture capital funds are invested in women-led companies.

Women such as Smith and Eddy were something of a rarity in Wisconsin’s tech and investing worlds decades ago, but they’re more evident today. The up-and-coming crop of women business leaders is not just following in their footsteps but leaving tracks of their own.

Still is president of the Wisconsin Technology Council, which held the annual Early Stage Symposium Nov. 6-7 in Madison.