Several Madison investors will seek out business ventures that have the highest growth potential at this week’s two-day Early Stage Symposium conference, hosted by the Wisconsin Technology Council.

They will also have chances, being among 40 total early stage investors, to mentor the 38 companies slated to pitch their product or service at the highly attended event. The conference will be back on Wednesday and Thursday at the Monona Terrace in Downtown Madison after going virtual last year because of COVID-19. 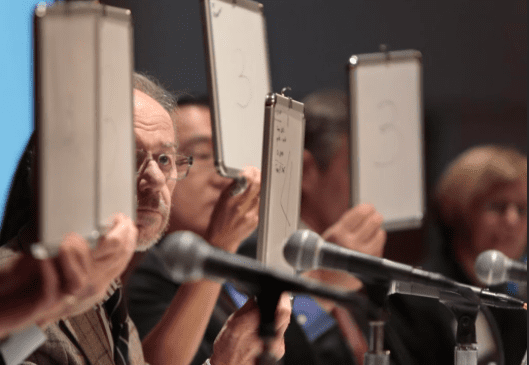 Pitching firms include 23 companies selected by conference organizers to present Wednesday during the Tech Council Investor Network tracks, as well as 15 others picked for the fast-moving Elevator Pitch Olympics Thursday.

More companies will participate in a speed-dating segment titled “Investor Intros” to connect with investors that best fit their industry niche, while others may attend panel discussions and educational seminars featuring leading tech sector experts.

Those participating in the Elevator Pitch Olympics will deliver 90-second pitches, scored by a panel of investor judges. In addition to the judge’s feedback, firms will also be judged by members of the audience for the selection of a “People’s Choice” award.

Selected TCIN companies will be able to give five-minute presentations during two morning and afternoon sessions.

But no matter how entrepreneurs intend to get the word out about their young company, most of the Madison investors who spoke with the Wisconsin State Journal this past week said they shouldn’t be nervous if they have a good story to tell, as well as a solid business plan, among other advice.

Michael Thorson, a co-manager with Madison-based angel investor Wisconsin Investment Partners and co-founder of Madison’s Inventure Capital, is helping to moderate an informative panel discussion at the Symposium Wednesday. The discussion he’s co-leading is titled “I know I need money: How do I find it?”

It all really comes down to keeping it simple as an entrepreneur, he said.

“Know your facts,” Thorson said. “Don’t try to pretend you know something that you don’t. The pitfalls I see are the people who try to conflate things that aren’t equal … exaggerate market sizes … pretend their project is more advanced than it really is.”

“People need to know their customer, and how they are going to acquire them,” he added. “Have a plan. Walk into the Symposium and say ‘Here are my three goals I want to achieve this year.’”

Andy Walker, co-founder of Madison investor Rock River Capital Partners, said he has participated in various aspects of the Symposium from doing one-on-ones with the companies to being a panelist.

In his experience, Walker said it is important for companies to have a “novel idea that is unique to the marketplace.” They also need a sales strategy, as well as a time with the “right knowledge and right experience.”

He said Rock River is “industry agnostic,” investing in companies “all over the board.” The investment firm was founded nearly a half decade ago.

She said what she looks for is how they are connected.

“Are they out there meeting with people?” she said of important questions to ask. “Are they doing this venture on a full-time basis?”

“The best advice is to get involved and to not be shy,” she added.

Lancaster Investments, since its founding in 2016, has invested in several real estate and automotive firms, Yaktus said. Now, the investor is looking for artificial intelligence ventures — even some self-driving tech.

The Symposium will additionally feature the following: