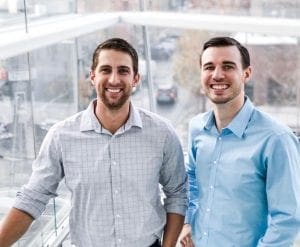 The keynote speaker at next month’s Wisconsin Entrepreneurs Conference owes his $1 billion company, Fetch Rewards, to an idea that came to him when he was a University of Wisconsin-Madison soon-to-be sophomore learning to do his own grocery shopping.

It was the summer after Wes Schroll’s freshman year and he’d just moved out of the dorms. As he said goodbye to the days of dining halls and meal plans, he started stocking his own fridge and pantry. Soon, he was seeing a flood of messages from companies telling him they wanted to reward his business — if only he’d sign up for a special account or carry around coupons. He wondered if he could flip that model.

“I figured if we did this right … these companies would actually jump through the hoops in order to truly show you that they have loyalty to you as a customer,” Schroll said. He imagined a technology company that would partner with consumer brands, offering an app in which consumers can scan their receipts and get points when they buy items from partner brands.

The 19-year-old business major spent the first half of his sophomore year finding professors and other advisors who were eager to see someone revolutionize the way companies reward customers.

“I had gotten them excited enough about this young person wanting to take on something that hasn’t been changed in decades that they were willing to lend me their credibility and their time to help get me up to speed really quick,” Schroll said.

In the second half of that school year, Schroll and co-founder Tyler Kennedy began presenting a PowerPoint featuring a Microsoft Paint mockup of the app interface at local and out-of-state pitch competitions. Over just a month and a half, they’d raised $185,000 in cash, office space and legal services.

By the end of that summer, he’d recruited a few angel investors and dropped out of school to make Fetch Rewards his full-time job. They launched the app four years later, in 2017.

Today, the company has more than 7 million active users who scan 50 receipts per second, redeeming their points to save money, enter sweepstakes or give to charity. The company’s latest funding round drew $210 million in investments, bringing the company’s total valuation to $1 billion and earning it the “unicorn” label reserved for privately held startups valued at $1 billion or more.