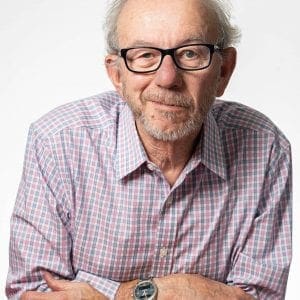 Tim Keane, who has mentored scores of young companies while building one of Wisconsin’s oldest and largest angel networks, will be inducted into the Wisconsin Technology Council’s “George Mosher Memorial Investor Hall of Fame” during the virtual Nov. 9-11 Wisconsin Early Stage Symposium.

Keane will be honored Nov. 9 at a dinner with fellow investors from across Wisconsin, the Upper Midwest and beyond.

The “Investor Hall of Fame” was established by the Tech Council to highlight the importance of angel and venture investors to the early stage economy. It was renamed in 2019 in honor of the late George Mosher, one of the first inductees and a prolific angel investor.

Keane is a past winner of another major award produced by the Tech Council, the inaugural Excellence in Entrepreneurial Education (“Triple E”) award.

Keane was the founder of a leading software provider of advanced analytics systems for major retailers and financial institutions. This web analytics company (RTMS Inc.) was first in the retail industry to utilize advanced analytics and response techniques to dramatically improve retail sales for America’s best-known retailers.

“Tim Keane was one of the first major angel investors in Wisconsin,” said Tom Still, president of the Tech Council. “He doesn’t have a flamboyant ‘look at me’ style, but in addition to his stewardship of the Golden Angels, he has consistently stepped forward to help young companies, students and others as they undertook their journeys. Tim doesn’t hold back on his frank advice, but he is always kind, constructive and emblematic of the notion that investors are partners, not just sources of cash.”

General registration is open through Friday, Nov. 6 by clicking here!