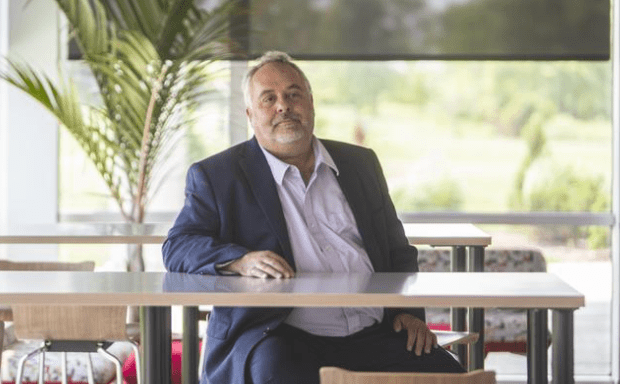 From quitting a steady job in pharmaceuticals to co-found a drug discovery startup as he was becoming a first-time father, to later leaving a tenured professor post at Marquette University for a non-tenured role at Concordia University Wisconsin (CUW), Daniel Sem‘s career has involved taking calculated risks.

Sem hasn’t always been so risk-tolerant, he said. But since being violently mugged in a dark alley at age 20, he’s been less concerned with risk and more focused on living.

“I thought I was going to die,” Sem said. “It was life-changing.”

Some of Sem’s biggest gambles have paid off. The startup he co-founded, Triad Therapeutics, raised more than $40 million from venture capitalists and eventually sold to Novartis for $60 million, he said.

The non-tenured role, which was at CUW’s pharmacy school, led to his current job as dean of the business school and president of CU Ventures, a new entity within Concordia aimed at commercializing inventions related to the Mequon university.

With CU Ventures and several other initiatives he’s involved with, Sem is combining his interests in science and health care with his passions for entrepreneurship, business and mentorship.

“There’s this kind of conflict between business and science. Science is pure, it’s not about making money,” Sem said. “But at the same time … I’m a capitalist. …You have to make money to help people so it can be sustainable. I think I can bridge those two worlds in kind of a unique way.”