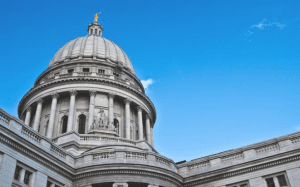 The Wisconsin Joint Committee on Finance (JFC) left the governor’s proposed $100 million state venture capital fund of funds on the cutting room floor in a Thursday vote to approve their version of the 2021-’23 state budget.

However, experts say there’s still some hope for the fund, which has bipartisan support and is designed to bolster local startups with both public and private dollars. Next up in the budget process, the full Legislature — including the state Senate and Assembly — must agree on a budget before it goes to Gov. Tony Evers for a final signature.

Lawmakers could add the venture fund back into the state budget before the final budget vote, said Scott Resnick, an entrepreneur, founding member of the co-working community StartingBlock Madison and former Madison City Council member. Alternatively, the new state venture fund could be created through separate legislation, Resnick said.

Although the fund has support from both sides of the aisle, points of debate have included the size of the fund and terms of the program, Resnick said.

The Wisconsin Technology Council has been a major proponent of the state fund of funds. It organized the Wisconsin Fund Coalition, which includes Resnick, the MKE Tech Hub Coalition, Metropolitan Milwaukee Association of Commerce, University of Wisconsin-Milwaukee Research Foundation, Exact Sciences Corp., gener8tor, Baird Capital and Golden Angels Investors, among many other individuals, companies and organizations that support the fund’s creation.

“We don’t believe questions about the ‘fund of funds’ stemmed from reluctance to help angel- and venture-capital backed companies in Wisconsin,” Wisconsin Technology Council president Tom Still said in a statement. “Rather, it appears reservations were linked to perceptions of governance.”

Both the Wisconsin Technology Council and the Wisconsin Startup Coalition, an advocacy group for entrepreneurs that also supports the fund of funds, said in separate statements that they will continue to work with legislators to create the fund.

“The state of Wisconsin is in excellent fiscal health, now is the time to make long-term, pro-growth investments ensuring Wisconsin’s economy remains vibrant for future generations,” said Taralinda Willis, a board member of the coalition and the co-founder and CEO of Curate. “We are disappointed by the JFC’s decision to pass on the proposed (fund), but believe this idea has a life outside of the budget process.”

Evers initially proposed the $100 million fund of funds in February. It would be run by the Wisconsin Economic Development Corp. and would invest in other venture funds to provide capital to early-stage Wisconsin startups, according to Evers’ proposal. Venture funds receiving investment from the program would have to commit to investing that amount in Wisconsin and secure at least a one-to-one match from private sources.

Supporters of the state venture capital fund cite similar programs in neighboring states including Michigan, Ohio, Indiana and Illinois. Wisconsin has an existing $25 million Badger Fund of Funds that was created in 2013. The proposed $100 million state venture fund of funds would be larger and designed to attract out-of-state private investments in addition to in-state dollars.

Aside from the proposed state-sponsored fund of funds, there are other efforts underway to boost venture funding in Wisconsin. Madison-based NVNG Investment Advisors led by Carrie Thome is aiming to raise a $200 million private fund of funds.

“We have known and respected (Thome) for a long time and are intrigued by the mission of NVNG,” Baird managing director Dan Renouard said in a statement earlier this month. “We’re evaluating a potential investment and considering how else we can be helpful in supporting efforts geared toward driving innovation in the great state of Wisconsin, home of Baird’s global headquarters.”