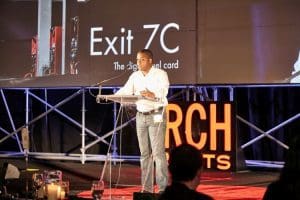 Blessing Egbon seemed like exactly the kind of successful young business entrepreneur any city would embrace, and he chose Milwaukee as home of Exit 7C, his fuel services startup.

Egbon, 34, had won support from gener8tor, a local startup accelerator that helps new businesses learn how to expand, grow and find funding and then raised more than $6 million from investors, including $50,000 from a nonprofit that supports minority entrepreneurs.

But now federal authorities say Egbon faked his success, lied to investors and spent their millions on looking successful — including $530,000 at “luxury nightclubs,” almost $270,000 on chartered jets and $62,500 on private villa rentals.

‘We’re devastated to read these allegations,” said Joe Kirgues, a co-founder of gener8tor, which has had 135 companies go through its program.

“Having seen the level of due diligence, the bank audits, customer visits, we’re shocked at the level of fraud” that the SEC contends occurred, he said.

In a civil complaint filed this week, the Securities and Exchange Commission charged Egbon with fraud and misappropriation. It seeks to bar him from future work in securities and to claw back more than $2 million. It is not a criminal prosecution.

According to the complaint, Egbon founded the company as CoOp Fuels in Colorado in 2015, before changing its name to Exit 7C and moving to Milwaukee in 2016 to be part of a cohort of companies taking part in gener8tor’s class, a sort of boot camp for start ups, selected from among hundreds of applicants, that would benefit from “acceleration.”