Need excuse to attend Entrepreneurs’ Conference? Here are top 10 reasons to be there June 4-5 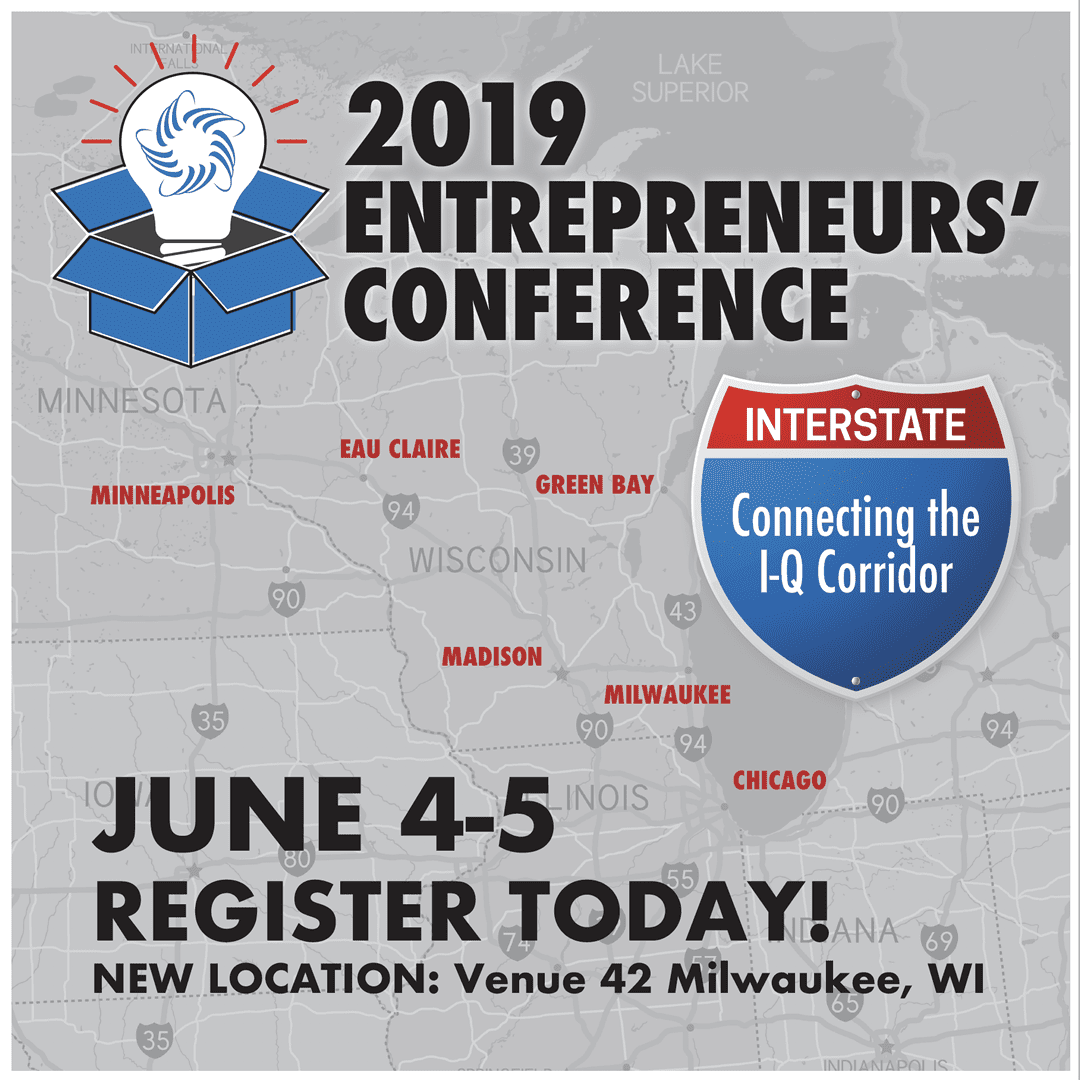 Hundreds of people are set to attend the 2019 Wisconsin Entrepreneurs’ Conference in Milwaukee. Here are 10 reasons to join them Tuesday and Wednesday at the Milwaukee Brewing Co.’s Venue42 for one of the Midwest’s premier events for entrepreneurs.

Register through 5 p.m. Friday at WiTrepsConference.com. Or register in person Tuesday and Wednesday at Venue42, 1128 N. 9th St., Milwaukee, which is just a long three-point shot from the Fiserv Forum. Plenty of parking is within a block. Why attend?

Register or learn more by calling 608-442-7557 or visiting WiTrepsConference.com.