Oshkosh Northwestern: On your phone too much? This UWO senior has an app for that (Pyxsee) 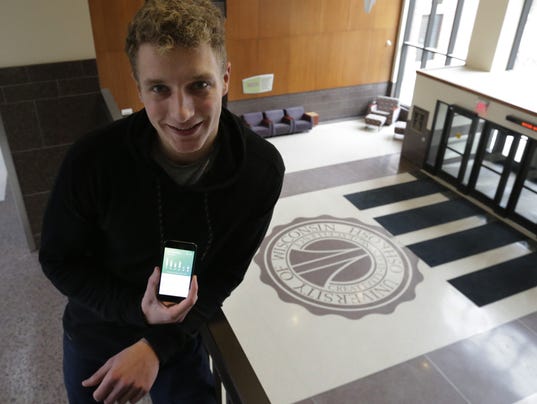 OSHKOSH – Danye Rusch saw scrolling wherever he looked: in crosswalks, cars and lunch counters. Smartphones even eclipse the pages of college textbooks.

Near-constant mobile phone use isn’t isolated to campuses like the University of Wisconsin-Oshkosh, where Rusch is a senior. But it’s having the same effect everywhere, he said. People seem to be more distracted.

So Rusch built a solution: Pyxsee, a mobile app that tells you exactly how much time you — or your kids — are spending on social media. If it’s too much, a tool within the app can make the scrolling stop.

“If you spend time (on campus), you’ll see kids just glued to their phone,” Rusch said. “That’s kind of my pet peeve. I hate that. So I wanted to make an app that shows, ‘Hey, you spent two-and-a-half hours on social media today; that’s a little too much.'”

This month, Rusch’s app surpassed 10,000 downloads on the Apple App Store, he said. His business gained praise in mid-November when he tied for first place in a Madison startup competition called the Elevator Pitch Olympics. Judges there were taken by how the app helps people pull back from the digital realm and spend more time in the real one.