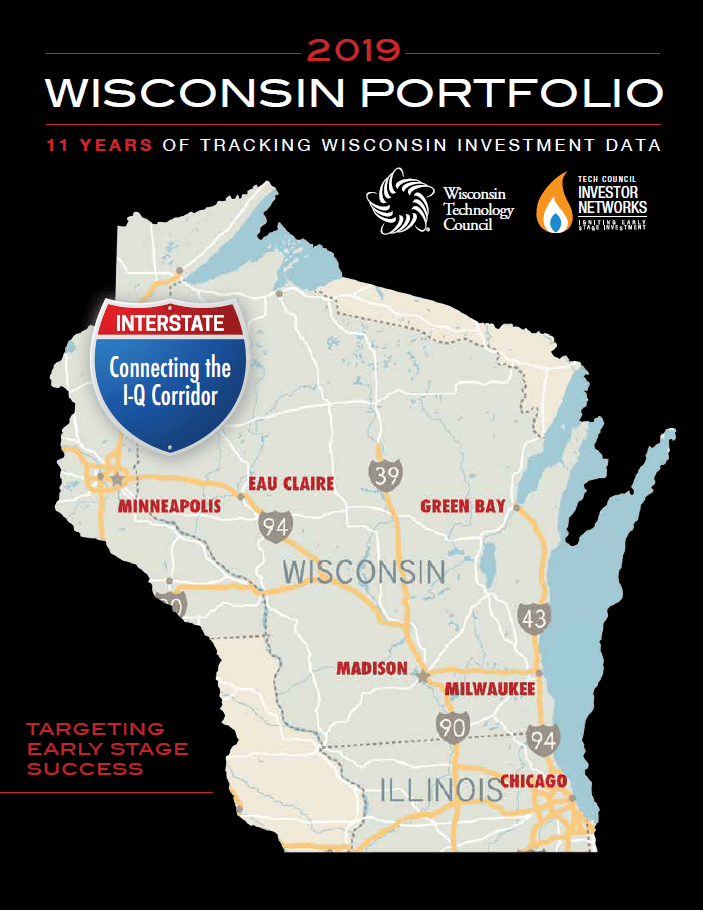 The latest edition of “The Wisconsin Portfolio” shows more than $280 million was raised by the state’s early stage companies in 2018, a record for any one year in Wisconsin.

The report by the Wisconsin Technology Council and its Tech Council Investor Networks showed 121 early stage deals – down from 127 in 2017 – with average and mean deal sizes growing significantly.

According to the Center for Venture Research in New Hampshire, the U.S. angel investor market in 2018 showed an increase in market participation in more companies, albeit at smaller investment amounts. In Wisconsin, it was the opposite: fewer companies raising larger rounds.

Wisconsin’s 2018 figures rebounded in median and average round sizes after a bit of a slump in 2017. Average round size is at an all-time high of $2.3 million while the median round size is back up over $600,000. Forty-six Wisconsin companies each raised at least $1 million from investors, up from 35 companies in 2017. For 26.9% of early stage companies that secured funding, 2018 was the first year doing so while 73.1% of startups received continued support.

“On balance, 2018 put us right back on track and our ecosystem continues to mature,” said Tom Still, president of the independent, non-profit Tech Council. “We are seeing continued growth in investors and deal sizes. New funds continue to come on line, and more capital is available for our growing and maturing startups. However, much more work must be done for Wisconsin to meet its full potential.”

Here is the full report: wisconsintechnologycouncil.com/publications/wisconsin-portfolio/

The 11th annual publication also features a profile on John Neis, the 2018 inductee to the Wisconsin Investor Hall of Fame; policy highlights and updates; a primer on early stage investing in Wisconsin; and a resource guide.