Black History Month is a time to reflect on the contributions of Black men and woman from all walks of life to American society. Here are just a few examples of people tied to Wisconsin who can be counted among those scientists who left a mark.

Hubert Mack Thaxton was the fourth Black American to receive a Ph.D. in Physics, which he earned in 1939 at the University of Wisconsin. He had previously earned his master’s degree in mathematics from the UW in 1939. He specialized in engineering physics during a long career in private and public settings, as well as academia. Some of his papers dealt with better understanding of protons and proton scattering. 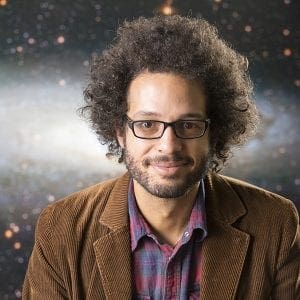 Brian Nord is an astrophysicist at the Fermi National Accelerator Laboratory in Illinois. He’s the third and youngest Black physicist to hold a position at Fermilab, a U.S. Department of Energy lab that’s been in operation since 1967. Nord also holds positions at the University of Chicago and is the co-founder of the Deep Skies Lab, a multi-institutional group of astrophysicists and deep learning experts. He is a native of Wisconsin. He is a co-creator of ThisIsBlackLight.com, a website with helpful content and resources to help explain the Black experience in America.

Percy Lavon Julian was a chemist who pioneered the science of producing medicinal chemicals using plants. Julian never lived in Wisconsin but he almost did – and his son, Percy Julian Jr., was a renowned civil rights lawyer who lived in Madison. Julian Sr. applied for a job at the Institute of Paper Chemistry in Appleton, Wis., in the late 1930s. However, Appleton at the time was a sundown town, forbidding Blacks from staying overnight, explicitly stating “No Negro should be a bed or boarded overnight in Appleton.” Julian went on to become one of the great chemists of the 20th century, who life is chronicled in the 2007 NOVA special, “Forgotten Genius.”

Dr. Ivor Benjamin is one of the renowned heart specialists in the United States and a past president of the American Heart Association. He is director of the Cardiovascular Center at the Medical College of Wisconsin. He is co-director of the T32 Postdoctoral Fellowship in Cardiovascular Sciences for the National Institutes of Health, and a professor of Medicine, Physiology, Pharmacology & Toxicology, Cell Biology, Neurobiology & Anatomy and Surgery.