Unicorns are real! Founder of $1-billion company to speak June 3 at Entrepreneurs’ Conference 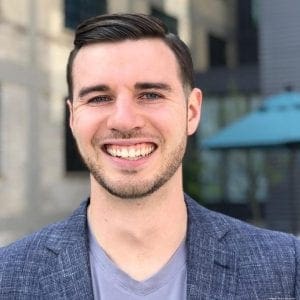 Wes Schroll, chief executive officer and founder of Fetch Rewards, will speak June 3 during the Wisconsin Entrepreneurs Conference via vFairs, an award-winning virtual platform. This keynote session is sponsored exclusively by RSM.

While a student at the UW-Madison in 2013, Schroll launched Fetch Rewards, a Madison-based consumer loyalty and retail rewards app. Fetch Rewards recently raised $210 million in Series D financing, which pushed the company’s total valuation to $1 billion. The $1-billion plateau for a privately held, emerging company is what constitutes a unicorn.

“We’re excited to have someone of Wes Schroll’s vision, credentials and market savvy open this year’s  Wisconsin Entrepreneurs’ Conference,” said Tom Still, president of the Wisconsin Technology Council. “He’ll talk about the rise of the company, his own building blocks and lessons learned along the way.”

Fetch Rewards allows shoppers to earn free rewards on their everyday purchases simply by snapping photos of their receipts or submitting electronic receipts.

The company has raised $328 million in angel and venture capital over time and is one of the few startups with headquarters outside of Silicon Valley or New York to reach the unicorn valuation milestone.