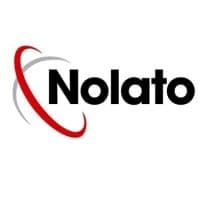 MADISON, WI. JUNE 24, 2021 – Nolato Contour Inc., a precision plastic and silicone injection molding company, is expanding its facility in Baldwin – a $5 million project expected to create 75 jobs over the next three years.

“In addition to the jobs created by this project, this expansion will allow Nolato Contour to take advantage of a growing market and increased demand for its services,” said Missy Hughes, secretary and CEO of WEDC. “This project marks the latest example of companies choosing to establish or expand operations in Wisconsin because of our positive business climate and dedicated workforce.”

WEDC is supporting the project by authorizing up to $225,000 in state income tax credits over the next three years. The actual amount of tax credits Nolato Contour will receive is contingent upon the number of jobs created and the amount of capital investment during that period.

The company is planning a 60,000-square-foot expansion of warehousing and production support for expanded medical product needs. This expansion will support the production of diagnostic products and vaccine/drug manufacturing components. Nolato Contour produces and supplies plastic components and finished medical devices to major medical and pharmaceutical companies in the U.S.

“The current expansion comes on the heels of St. Croix Economic Development Corporation (EDC) naming Nolato Contour the 2020 Business of the Year in St. Croix County,” said William Rubin, executive director of the EDC. “We appreciate the investment in Baldwin, and the bar has been sufficiently raised for bigger and better things.”

Nolato Contour’s focus on medical components and devices has led to rapid growth in sales and demand. The company has had two prior expansions of their current facility, including 43,000-square-foot and 27,000-square-foot additions with added clean rooms, manufacturing room and warehouse space.

Construction for the project will be managed by a Wisconsin-based company and will create additional jobs during construction. Primary local suppliers will include packaging and paper products.

“It’s great to see a long-time business expanding and staying in our community,” said state Rep. Clint Moses. “At a time people need to get back to work, Nolato Contour is offering those well-paying jobs right here in Baldwin.”

In addition to the 75 jobs expected to be created by Nolato Contour, an economic modeling study estimates the project could indirectly generate 37 additional jobs in the region. Those 112 new jobs are expected to generate $170,863 in state income tax revenue annually.