Doyenne co-founder and Executive Director Heather Wentler says crowdfunding sites can be a useful tool to support early-stage growth, but she warns of uncertainties with aspects of these services. 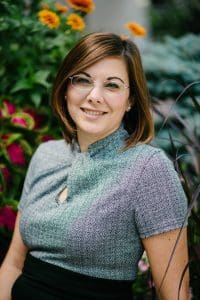 In a recent webinar hosted for members of the women’s entrepreneurship and business group, she urged startup leaders to reach out to crowdfunding platforms before launching a campaign to see if they would be a good fit. She suggested exploring if similar businesses have seen success with the platforms in the past.

“Crowdfunding is very much a marketing game, just as much as a raising dollars game,” she said during the webinar. “So thinking about who in your network can contribute, do you have enough sway in your network to get people to contribute, and also how can they support your campaign and help bring in their networks and connections?”

She also explained that federal regulators haven’t made it clear whether contributors to online equity fundraising campaigns should be included in companies’ official investor lists, creating uncertainty for startups that raise money through certain sites.

“Let’s say you raise $1 million … Do those 1,000 contributors to your campaign, do all 1,000 names end up on your cap table for your company, listed as personal investors?” she said. “They’re still trying to figure those things out right now, which is something to consider.”

If federal officials decide that every contributor to online equity fundraising campaigns must be listed, she said “it could potentially cause problems for you as you continue to fundraise through other investors.”

Wentler described some differences between the various platforms, including GoFundMe, Kickstarter, Indiegogo and others. Some require those raising funds to secure an initial group of backers, while others are more often used by individuals rather than businesses. She noted crowdfunding has become a “hugely popular” route for startups in recent years, but she urged business leaders to be careful about the types of funds they accept through platforms like these and to think about the long-term ramifications.

Listen to a recent podcast with Wentler focused on the Doyenne Investor Accelerator program: https://www.wisbusiness.com/2021/wisbusiness-the-podcast-with-heather-wentler-executive-director-and-co-founder-of-doyenne/