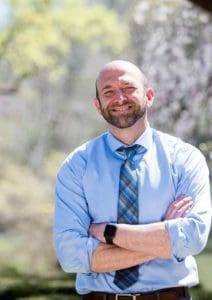 “Folks want access to the sorts of things in their communities — particularly rural communities — that they can get in higher population communities,” said Justin Maxson, deputy under secretary for rural development with the United States Department of Agriculture. “Access to quality health care, high-speed broadband, entertainment, high-quality education.”

Maxson was the keynote speaker for yesterday’s “Lighting the Way for Rural Prosperity” event, held in La Crosse by WisPolitics.com and Dairyland Power Cooperative. He said rural areas would benefit the most from long-term infrastructure investments aimed at making these regions more attractive to workers.

At the same time, he said federal resources could be used to support employers offering short-term economic incentives to bring people into rural communities.

“I think it’s a short-term challenge and opportunity that’s going to require both long-term and short-term solutions,” he said.

In response to an audience question about USDA support for the arts and creative industries in rural development, Maxson noted that “not every community is a farm community or mining community.” He pointed to a recent $3 million grant program, the Rural Placemaking Innovation Challenge, in which the agency awarded funding to several arts organizations across the country.

“I think arts are a really good example of economic development that are about the assets of the place that local residents can enjoy,” Maxson said. “I think economic diversity matters a lot. I would also say it requires you to support lots of entrepreneurs, because they are usually secondary, tertiary small businesses that come up around the arts economy.”

He said local assets such as a loan fund, entrepreneurial education and financial education can support efforts to foster diversity in rural economies.

Maxson also discussed an initiative from the Biden administration called StrikeForce 2.0, which will provide full-time staffing to help rural communities navigate federal economic development resources. A pilot program is launching this fall in eight states, though the specific states have yet to be selected.

“We would be the staff funnel that helps communities develop strong applications, figure out what applications they should be applying to, and be supportive of those local partnerships,” he said.