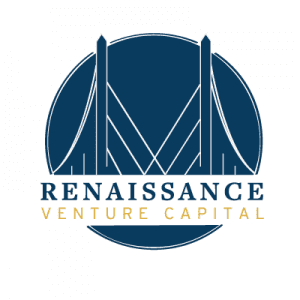 Wisconsin seeking a fund of funds is a golden opportunity to do something special — do it the right way, says Renaissance Venture Capital Fund CEO Chris Rizik.

Rizik will be a panelist at the virtual Wisconsin Entrepreneurs’ Conference tomorrow during a discussion on the Midwestern trend of creating “funds of funds” to advance young companies and the startup economy.

The proposal would make the state an investor alongside private investors, who must match the $100-million state investment with $200 million in collective investments of their own. As a “fund of funds,” the larger fund would work with other “recipient” funds to deploy capital over time in high-growth companies.

Michigan-based Renaissance is a private fund. It gets major corporations in Michigan investing in venture funds around the country and works to attract them to the state. Those corporations agree to be customers of startups that come out of the process. Renaissance also works with universities and angel funds to identify the most promising startups in Michigan. It sends that information out to venture funds around the country that it invests in.

After more than a decade, Renaissance has attracted $2 billion in investments to Michigan or about $13 in for every $1 invested, Rizik said.

“That is nationally like off the charts,” he said. “The model has proven to work.”

In tomorrow’s panel, Rizik will share lessons learned that would be helpful for those looking to start a fund of funds that he said if done right, can help the startup economy.

Rizik told WisBusiness.com about 15 Michigan startups got investments last year due to introductions Renaissance made for them to venture funds around the country — “a lot” for states like Michigan and Wisconsin.

He noted NVNG Investment Advisors has real potential to help Wisconsin, a newly created Madison firm preparing to enter the market with its first fund.

He said state fund of funds can also be successful when investing in areas that the state does well, for example, health care in Wisconsin. But a state fund can be counterproductive if too many rules are put in, such as requiring a fund to have an office in-state.

“You don’t want to scare them away, because if you start putting restrictions, the great funds may not want to get involved with you,” he said.

In Evers’ fund proposal, the overall fund matching requirement over time would be 2-to-1, private to public. At least 20 percent of the individual companies receiving an investment from a recipient fund must be women-led or minority-led and rooted in underserved communities. No single recipient fund could receive a state investment exceeding $25 million.

Eight former secretaries of WEDC and its predecessor, the Department of Commerce, also back the creation of a state “fund of funds” to invest in early-stage companies. Five of the eight were appointed by Republican governors; three by Democratic governors.

Hundreds of people are set to attend the virtual 2021 Wisconsin Entrepreneurs’ Conference, according to the Tech Council. The theme is “Building blocks for young companies.”