WisBusiness: Wisconsin’s export markets are expected to recover to pre-recession levels by the middle of this year for goods, but services won’t fully recover until 2023 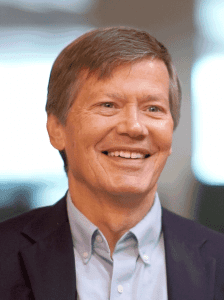 The unemployment rate has fallen “fairly consistently” since it peaked at 13.6 percent for Wisconsin in April, said John Koskinen, of DOR. The rate has since dropped to 5 percent as of November.

The GDP has also been steadily recovering since October, Koskinen said. He added that unemployment numbers will likely recover to pre-recession levels by late 2022, bolstered by steady economic recovery from two of the state’s top three export markets: China and Canada.

Even though the economy is improving, Koskinen said he predicts another recovery package will come out shortly after the Biden administration takes office. He expects “intense focus” on that in the first 100 days President-elect Joe Biden is in office.

The two were speakers at a virtual forum held by the Madison International Trade Association.

Shoulton, with the national insurance group FCIA, said the Mexican government’s “inadequate response” to the pandemic has caused job losses and a slow economic recovery. Furthermore, he said the government’s support for the economy has been almost ineffective.

This could impact the U.S. and Canada because of the nation’s role in the USMCA, a free trade agreement between the U.S., Mexico and Canada.

The USMCA and a shift in the currency exchange rate favoring the U.S. dollar have helped bring Wisconsin’s export market with Canada nearly to a full recovery, Koskinen said.

China has also seen a relatively strong economic recovery, but tariffs and restrictions from the U.S. will likely deter China from taking on more investments in U.S. securities, Shoulton said. He added China will likely continue investing in foreign infrastructure in African and Asian-Pacific nations.

He added that China’s focus on dominating international markets and technology has placed the country in a strong position for recovery.

“China has become pretty much the industrial breadbasket for much of the world over the last 20 years,” Shoulton said.

He warned if the U.S. doesn’t take advantage of foreign trading opportunities, other countries will fill those gaps, putting the U.S. economy in some trouble. He added that the U.S. can bolster its position by investing in new technologies over the next few years.

While other leading economies around the world have taken on more debt to help deal with economic issues caused by the pandemic, the U.S. has not done as much, Shoulton said, adding that now is “the perfect time” to take advantage of low interest rates and take on more debt to deal with problems the nation is experiencing right now.