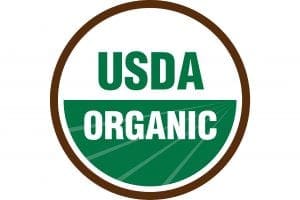 Wisconsin continues to be one of the most vibrant states in the country when it comes to organic agriculture. The USDA has released the results of its 2019 Certified Organic Survey, which notes that the Badger State is home to about eight percent of the nation’s organic farms.

Last year, there were 1,364 organic farm operations that grew crops on 250,940 acres. That was up from the previous survey conducted back in 2016 when 1,276 farms registered 219,266 organic acres. Overall, the state ranks second nationally for organic production, just behind California. New York is the third larger organic ag producer.

As of last fall, Wisconsin producers had 31,747 certified organic dairy cows on hand, which produced nine percent of the nation’s organic milk. The number of organic beef cattle totaled just over 1,100 head as of December 31.

The state also produced about 25 percent of all the organic cranberries in the country with sales totaling $1.6 million in 2019.

And Wisconsin ranked first and produced 17 percent of the nation’s organic corn silage.

Nationally, the sales of organic farm products rose by 31 percent compared to the previous year, with the number of certified organic farms in the country also increasing by 14 percent to 16,585.