Wisconsin healthcare companies charged with boosting COVID-19 testing in the state detailed how they rapidly built up capacity during a Wisconsin Technology Council virtual forum on Tuesday. 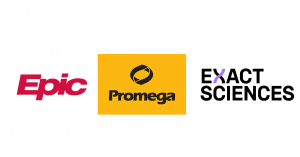 Epic, Promega and Exact Sciences started working together in mid-March. By the end of the month, Gov. Tony Evers announced a public-private partnership to expand testing that included the companies.
Jake Orville, general manager of pipeline at Exact Sciences, said what started out at their company as a way of testing their own workers quickly transitioned to “bigger and bolder” action.
He said their expertise, space and resources uniquely positioned them to offer high-volume testing to the state. By April, the company said it could provide the lab capacity and supplies to process 20,000 tests a week.
“Teams worked long hours,” he said. “Tasks that would normally take months took weeks.”
Orville said part of the reason they were able to build capacity so quickly was that the three companies were able to cover large parts of the testing ecosystem, like supplying the ingredients for the test, conducting them and reporting the results.
“The reason things happened so quickly is we just did more of what we already knew,” he said. “The trust and the deep rooting of working together was already there. We just had to put it on steroids.”
Sara Mann, general manager of the North America branch at Promega, said Promega worked fast to build out their capabilities to support COVID-19 testing too.
“We’ve been very quick to take action,” she said. “When we’re all fighting against one similar thing, it does seem we can move mountains.”
Mike Pontillo, implementation executive at Epic, said Exact Sciences uses its electronic health records software. That positioned the company’s information technology infrastructure to quickly roll out new tests.
For instance, getting orders into Epic requires building out interfaces to support data sharing with other electronic health records. Pontillo said they were able to set up 10 of those interfaces in three days, rather than the typical six weeks.
Tweets by @WiscTechCouncil