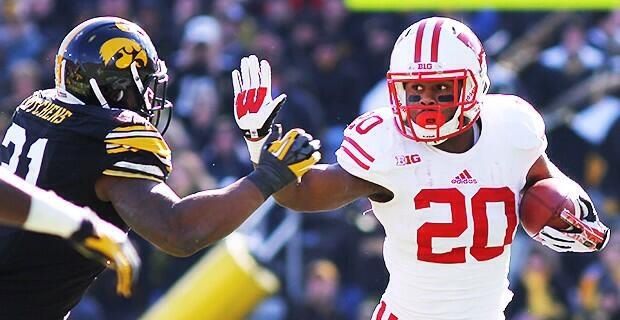 He met his wife, Diana, at UW and they celebrated their fourth wedding anniversary this month. He’s a seven-year NFL veteran with three Super Bowl rings, a profession kick-started by his four years of production in a loaded Badgers backfield.

He’s on track to earn his bachelor’s degree from UW this spring. That accomplishment will be coupled with the launch of The Sweet Feet Foundation, a years-long goal of the Whites that has come to fruition. The foundation will provide college scholarships to underprivileged students and provide necessities to low-income families.

“We want to eliminate the money factor and let them go pursue their education, work as hard as possible and let them attain all the dreams and aspirations that they want to get to,” White said in a Zoom interview. “I grew up as a man going to college, being away from my family and learning how to take care of things on my own. For them to not have to worry about the financial part, I think that’ll help a lot.”

White said he and his wife have planned to start a foundation since they were married but were having some trouble finding the right cause upon which to focus their efforts. They chose college scholarships because they believe in eliminating barriers that might keep a student from pursuing a college degree.

“My wife was on a scholarship as well as she went to UW,” White said. “So she knows how impactful it is to have a scholarship because her family didn’t have the income to put her through.

Final details regarding the foundation’s scholarships — the application process, scholarship amounts, etc. — are still being ironed out. White said plans are to offer at least three scholarships this year: one at UW, one to a student in Florida, where White is from, and one in the state where he plays next.