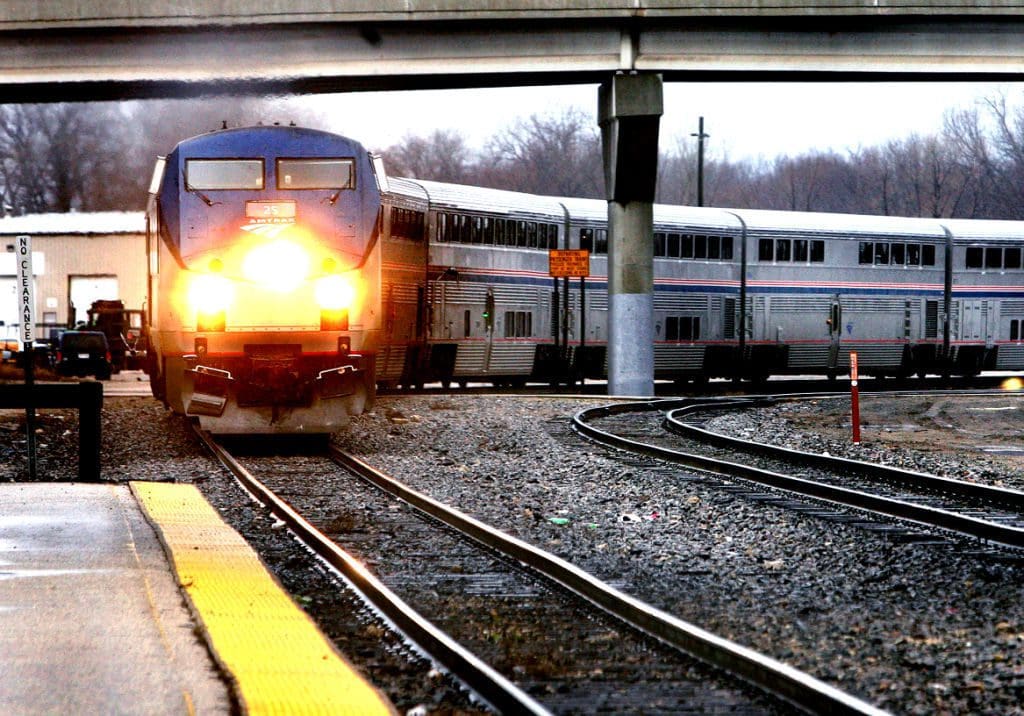 Madison and Milwaukee will be critical markets in any high-speed passenger rail corridor between Chicago and the Twin Cities should the project go forward, a new federal study says.

In the long term, the corridor could see train speeds of at least 125 mph, electric-powered engines, dedicated tracks and 99% on-time performance, the Federal Railroad Administration’s long-term plan for the Midwest through 2055 says.

Madison officials reacted cautiously to the report, saying Amtrak’s “Connects US” proposal from earlier this year is more promising in the short and medium terms. It would extend Hiawatha passenger service from Chicago to Milwaukee to include Madison and the Twin Cities at conventional speeds on existing track.

Potential funding for the Hiawatha extension could be available in the $1 trillion federal infrastructure bill now before Congress, they said.

“That’s kind of where our focus is at this time,” city transportation director Tom Lynch said.

The city is now conducting “due diligence,” such as examining train station locations, to prepare for a Hiawatha extension, city transportation planner Philip Gritzmacher Jr. said. “But it’s good to keep this long-term vision.”

The Amtrak and FRA plans both examine what future intercity passenger rail service might look like, FRA spokesperson Warren Flatau said. Amtrak’s plan generally focuses on operations over existing rail lines and looks ahead to 2035, while the FRA plan explores the potential for building new high-speed rail infrastructure in the region with a horizon of 2055, he said.

The FRA plan, published this month, concludes that for a Chicago-Twin Cities corridor to fulfill its true potential, “that corridor must go via Madison,” Flatau said. “Doing otherwise would leave too much ridership on the table.”