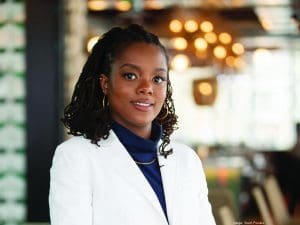 The Milwaukee-focused venture firm Gateway Capital Partners has raised $13.5 million after its final close at the end of July. It’s now preparing to begin investing in pre-revenue startups, according to the fund’s managing director Dana Guthrie.

Accredited individual investors also contributed to the fund. About a third of the investors are African American and around a quarter are female, Guthrie said.

“It’s just a really strong investor pool and I think it shows the excitement and the alignment with the mission at Gateway,” Guthrie said.

With a motto of “investing in underestimated Milwaukee,” Gateway is primarily targeting early-stage startups in Milwaukee County that have at least one full-time employee. It’s emphasizing startups that positively impact low- to moderate-income communities or have founders from those communities, Guthrie said.

The fund will make its first investment “within the next month,” Guthrie said. It plans to put around $400,000 into 12 to 15 companies within the next four years and is also reserving some capital to make follow-on investments in those companies, she said.