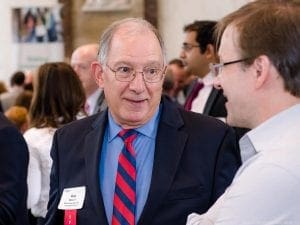 Milwaukee Venture Partners, the name of the new network that was incorporated as a nonprofit, was launched by five former members of Silicon Pastures: Karen Plunkett, Matt Friedel, Guy Mascari, Jim Mathes and Peter Skanavis. The network also will support startups across Wisconsin and the Midwest.

“We want to coalesce leaders from our community who don’t yet know they want to be angel investors and encourage them to join our effort to build a stronger entrepreneurial ecosystem in our community,” said Plunkett, a licensed architect and MVP’s founding managing director.

Friedel is a lecturer on emerging technologies at Marquette University and the University of Wisconsin-Milwaukee. Mascari is the executive director of the Technology Innovation Center in the Milwaukee County Research Park. Mathes is the former chief operating officer of Milwaukee’s ReGenco, and Skanavis is the president of Home Owners Concept and an investor in Sprecher Brewing Co.

“The best way to go about investing in early stage is via an angel group,” Skanavis said. “The expertise of veteran angel members and the wisdom of the group as a whole play a significant role in choosing the right companies/raises to participate in.”

Teresa Esser, the managing director of Silicon Pastures, will be a member of MVP, an announcement from the new network states.