WisconsinINNO: The battle for tech talent is heating up. Milwaukee is among the hotspots 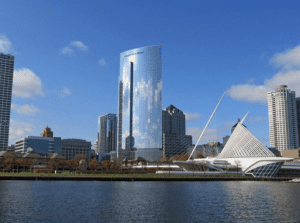 Demand for tech talent is ramping up around the nation, and it’s not just the usual suspects that are seeing a surge of job postings.

Rising competition for tech talent is a trend with high stakes that transcend the tech industry itself, as small businesses around the nation could find themselves battling to retain employees with coveted tech skills. Experts say the rise of work-from-home arrangements could throw another wrench into the mix, as well.

The tech talent battle is one of several fronts likely to emerge in the tight labor market economists are expecting to take hold in the coming months, but it’s one with potential to affect commercial real estate, local economies and startup ecosystems around the nation.

Data from CompTIA, a Downers Grove, Illinois-based information technology trade association, shows tech employment is projected to grow 2.5% for the year nationally. After a lull in the second half of 2020, job postings for tech positions have increased four consecutive months, with openings growing to 307,000 nationally in March.

Tim Herbert, executive vice president for research and market intelligence at CompTIA, said the last few months show momentum building for tech jobs due to a combination of a strengthening economy and pent-up hiring demand.

But CompTIA provided additional data to the Business Journals that showed Milwaukee, Albany, New York; Boulder, Colorado; Des Moines, Iowa; and Oklahoma City all posted at least a 44% jump in hiring for tech jobs between the fourth quarter of 2020 and the first quarter of 2021.

“Part of it I think is a rebound effect,” she said, she citing recent data that shows tech jobs in Milwaukee County declined 0.6% in 2020. “This actually just says, people are reinvesting and rebounding from 2020.”

She added that the problem of not being able to find local technology talent isn’t just a Milwaukee problem — it’s a national problem. She also emphasized the importance of employers recruiting back people from other cities and states who have ties to Milwaukee, such as alumni of local universities, as well as the need for employers to invest in talent development.

“This is part of a national trend of hiring,” she said. “We’re going to have to invest in building our talent in addition to recruiting from elsewhere.”

Those rising star markets are leading the way for a host of midmarket metros that recorded a surge in tech openings in March.