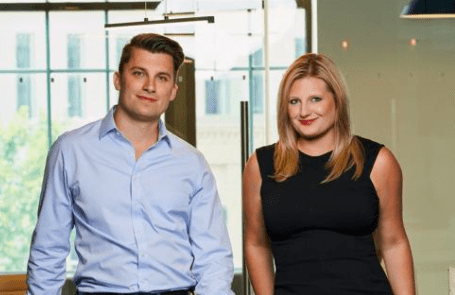 Veda, a Madison technology company that uses artificial intelligence to automate processes and reduce overhead costs for health insurance companies, announced this week that it has secured an additional $45 million in investments.

The Series B funding round, which closed Tuesday, was led by Oak HC/FT, a venture capital firm that invests in health care and financial technology.

It’s among the biggest funding raises for Madison tech companies this year, just months after consumer rewards platform Fetch Rewards announced that its latest round had raised $210 million.

Veda was founded in 2015 by astronomer Bob Lindner and “political entrepreneur” Meghan Gaffney. Working on public policy in Washington, D.C., at the time the Affordable Care Act was passed, Gaffney was surrounded by talk of the high costs of the U.S. health care system. What wasn’t being talked about, she said, was the way administrative procedures drive up those costs.

“People weren’t looking at the opportunities to bend the cost curve around administrative costs, to say, ‘Hey, can we save money on the back office work to move those resources to getting people healthy and keeping them well?’” Gaffney said.

Meanwhile, as a graduate research assistant at Rutgers University and later as a postdoctoral researcher at the University of Wisconsin-Madison, Lindner was devising new ways to use machine learning to combine data from a number of complex telescopes. He spent years designing ways to automatically find and fix errors in large, ever-changing data sets. The goal? Understand how galaxies form.

When Lindner met Gaffney, the two discovered that they might be able to use those techniques to streamline office work in the health care industry. In this case, instead of uncovering the mysteries of the universe, they’d use these tools to solve a more mundane mystery: Exactly which health care providers are in-network for which insurers?