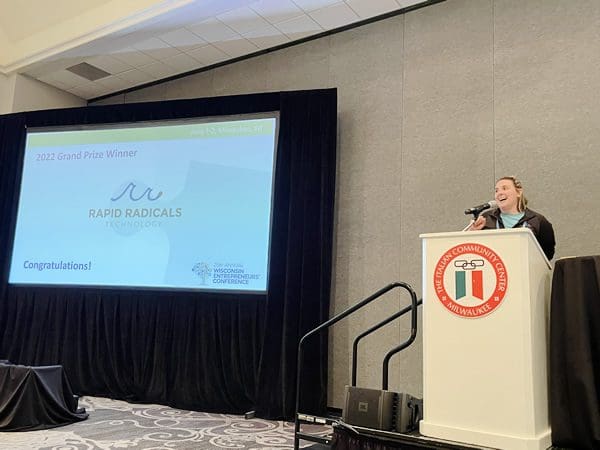 A Milwaukee-based firm with a system to help stop untreated sewage from being dumped into waterways during floods is the grand prize winner of the 19th annual Wisconsin Governor’s Business Plan Contest.

Rapid Radicals Technology, which can treat water at a municipal scale where there is a spill point confluence of storm and sanitary sewers, was also the winner of the contest’s Advanced Manufacturing category.

Founder and chief technology officer Paige Peters presented for Rapid Radicals, which was among 13 “Diligent (Baker’s) Dozen” finalists to present Wednesday to judges and others during the 20th annual Wisconsin Entrepreneurs’ Conference. The company is commercializing technology developed at Marquette University.

“Rapid Radicals was born of a flood in Milwaukee that frustrated homeowners, businesses and city officials alike,” said Tom Still, president of the Wisconsin Technology Council. “At a time when the resiliency of municipal water systems is vital, our judges saw the value of Rapid Radicals’ ability to dramatically speed up the cleaning of effluent.” 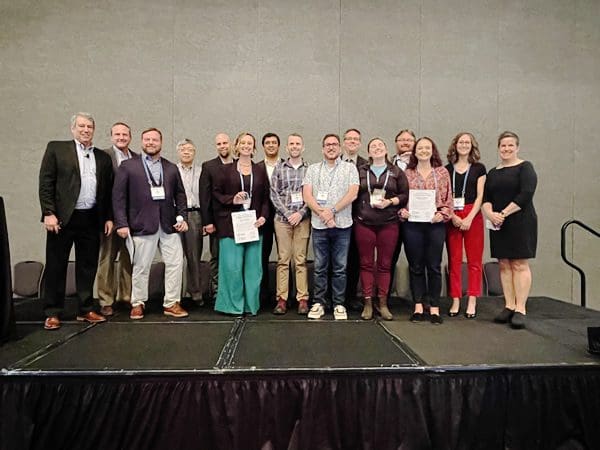 Life Sciences: Cold Water Technologies, Verona, has created an over-the-counter, science-based pet nutraceutical for itch relief: Dermigan. Dermigan is an IgA-based, pat­ented product invented at UW-Madison to supplement IgA (an antibody blood protein) in these dogs to eliminate the itch. Packets are sprinkled on top of the pet’s food daily. Presenter: Jordan Sand.

The winner for the “Bright New Idea” award was Reinvenauctions.

The contest is produced by the Tech Council, which is the non-profit and non-partisan science and technology adviser to the governor and the Legislature. Each plan described the core product or service, defined the customer base, estimated the size of the market, identified competition, described the management team and provided key financial data.

Sponsors are contributing cash, office space, legal assistance, accounting, information technology consulting, marketing, event space and more. About $2.5 million in cash and in-kind prizes have been awarded since the inception of the contest in 2004. The Wisconsin Economic Development Corp. is a major sponsor.

To learn more about the contest, visit govsbizplancontest.com.