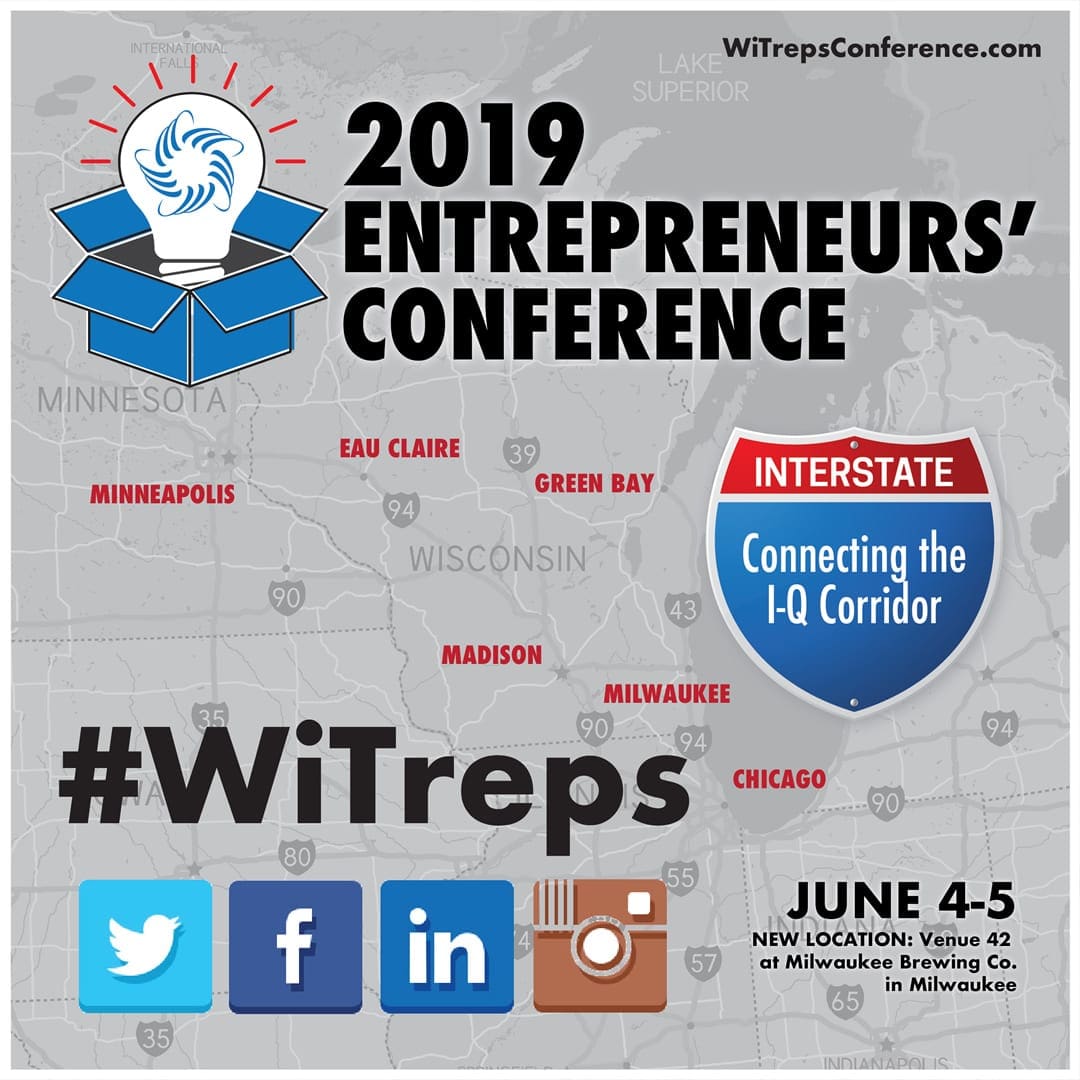 For those who couldn’t attend the Entrepreneurs’ Conference June 4-5 in Milwaukee, live streams are available for both keynote speakers and the diversity and inclusion plenary panel. Each live-stream is $40.

The keynote speakers were Jeff Rusinow (June 4) and John Zeratsky (June 5.) The well-attended diversity panel was June 4. Click here to purchase one, two or all three live streams.

Rusinow founded Milwaukee’s first angel network, Silicon Pastures, in 2000. His best deal exits include BuySeasons, ModernMed and Propeller Health, which sold for more than $300 million collectively. He reflected on two decades as a “lean-in” angel; told inside stories on deals that went well and not-so-well; revealed internal deal statistics for the first time; and offered advice to startup founders and angels on how not to be consumed in the “food chain” of investing.

Zeratsky was co-creator of Design Sprint, a process combining strategy, design, behavioral science and lean-startup principles, and the subject of his best-selling book, “Sprint.” He has run more than 150 sprints with startups such as Slack, Nest, Blue Bottle Coffee and Uber. With stories and illustrated examples, Wisconsin native Zeratsky explained the Design Sprint process and showed how it can be used by any team to create solutions and try risky ideas fast.

Click here to purchase one, two or all three live streams.