InsideWis: Catching up on some Wisconsin companies: Epic, Fiserv and Exact Sciences 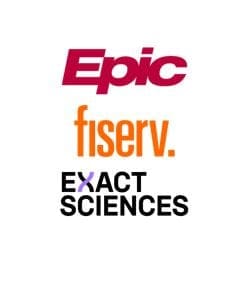 It makes a lot of sense for Apple, which has been venturing into the electronic health records space, to acquire a market leader such as Epic. Don’t bet your iPhone on it happening, however.

Epic founder and chief executive officer Judith Faulkner has been on record throughout the company’s 40-year history that she wants it to remain privately held. Those reasons range from a tradition of intense customer service for Epic’s hospital and health system clients to nurturing a corporate culture Faulkner believes is at the core of the company’s success.

Faulkner has created a charitable foundation to take over her shares in Epic when her time as CEO is finished. The estate gift to the Epic Heritage Foundation will comprise nearly every share of stock that Faulkner owns. As she told Modern Healthcare in 2015, the foundation will operate and fund non-profit organizations in health care and other areas, while ensuring Epic remains a private company.

“My stock will go to the foundation,” Faulkner told Modern Healthcare at the time. “The foundation will control the stock. This plan is designed to preserve the company as a private company forever.”

Cramer reasoned Apple should buy Epic because it has launched a service to allow iPhone users to access their medical records by linking to participating hospitals. Smart phone sales have dipped and, as Cramer said, Apple should portray itself to the market as “more than a hardware company.”

Convincing Epic and its founder to change a course that can be traced to the company’s humble roots on 2020 University Ave. in Madison will take a lot more than market chatter, however.

The combined firm, which will remain headquartered in Wisconsin, will represent a powerful financial technology and payments company. Fiserv provides “fintech” services for banks and credit unions; First Data is a major payment processing firm. The deal is believed to be the largest ever in that market space.

Exact Sciences is already well known for Cologuard, its non-invasive test for colorectal cancer. President and CEO Kevin Conroy told the Wisconsin Technology Council board Jan. 15 that about 1.9 million people have used the home testing kit since 2014, helping to pinpoint tens of thousands of early stage cancers or pre-cancerous polyps. There were about 940,000 Cologuard stool tests in the last year alone.

About 40 percent of Americans aren’t screened for colorectal cancer, however, because they don’t want to undergo a colonoscopy. Exact Sciences’ goal is to sharply expand its ability to process tests – well into the millions per year – to close that testing gap.

A major processing laboratory south of Madison’s West Beltline Highway will help handle the demand when it opens this year. Nearby, the former Spectrum Brands building has been “reskinned” with a glass exterior, renovated inside and occupied. A separate research and development center is being built near two other Exact Sciences facilities in University Research Park; another processing facility is part of the Novation Campus in Fitchburg.

About 2,000 people already work for Exact Sciences, of which 1,500 are in Wisconsin, and Conroy expects that number to grow significantly as the company adds “great, family-supporting jobs.”

Meanwhile, Exact has registered plans for studies to focus on other cancers, such as those that affect human livers, lungs, blood and more, with much of its clinical work around early stage biomarkers involving the Mayo Clinic. Other partnerships tap into Epic and its expertise in health data systems, and Pfizer for its sales and distribution network.

“It’s the power of the science that really changes lives,” Conroy said. It may be years away, but that science could forge more tools for the cancer-fighting kit.