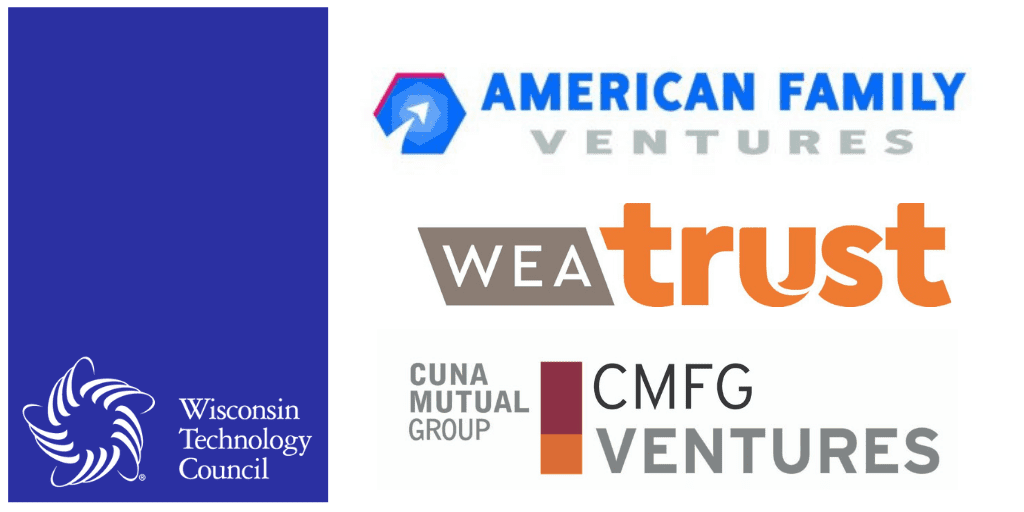 MADISON, Wis. – When the venture capital arm of American Family Insurance got off the ground in the early 2010s, it was ahead of the game when it came to corporate venture capital – especially within the insurance world.

In fact, only two other insurance company funds were putting money into young firms in the “insure-tech” or financial tech arenas. Today, there are more than 30 such funds worldwide, with $2.5 billion collectively invested by insurance funds in 2018 alone.

That message came across during an Aug. 27 discussion organized by the Tech Council Innovation Network, where about 90 people heard from managers at American Family Ventures, CMFG Ventures and WEA Trust, all based in Madison.

Also evident was the fact that corporate venture funds can have different investment and strategic goals, even within a single industry such as insurance. Entrepreneurs who understand those goals can better position their companies for at least a look.

American Family Ventures aims to provide its Wisconsin-based parent with a portfolio of “strategic options in key enabling technologies, concepts and business models,” said Molly Lahr, the fund’s director of platform. It also looks to produce strong financial returns through its investments, which usually involve a minority equity stake in companies tied to insurance innovation, the Internet of Things and artificial intelligence.

Over time, American Family Ventures has invested in nearly 60 companies with more than a dozen exits (meaning, AmFam’s investment paid off in time) and more than 30 operating partnerships. Those partnerships include bringing innovative ideas into the larger company and making connections throughout the industry. It invested about $50 million through its first fund and is working from a $200 million base in its second and third funds.

Tied to CUNA Mutual Group, CMFG Ventures launched in 2016 “in response to the disruption occurring in financial services,” managing director Brian Kaas said. It has invested about $100 million to date through 13 portfolio companies in the “fin-tech” space, focusing on ideas that can help customers across a life spectrum that includes education needs, buying a car or home and retiring. It has also established a credit union incubator to test ideas within the industry.

Like American Family Ventures, CMFG Ventures looks for ideas that help the parent company in a competitive world while producing a return on investment.

A slightly different approach has been taken by WEA Trust through its arm, NeuGen Health. Because WEA Trust is a health insurer, its vision is to invest in ideas that can improve healthcare quality and affordability, produce a reasonable return on investment and create “community impact.”

Dr. Tim Bartholow, WEA’s chief medical officer, described the relatively new fund as dealing with business “pain points” while enhancing “community vitality” across the state, where WEA provides health coverage for about 110,000 people through school districts and other public entities. That’s best done, he explained, by focusing on company investments that can improve healthcare and healthcare costs.

Reducing “economic strain” stemming from the gap between income growth and healthcare costs is one way to measure community impact over time, Bartholow said.

Along with other investors of all stripes, a mix of corporate funds will be on hand Nov. 6-7 in Madison for the annual Wisconsin Early Stage Symposium. Emerging companies looking to get in front of those investors can apply through Sept. 20 at wisearlystage.com for a change to present and meet with investors, one-on-one.

As with angels and traditional venture capitalists, there are many flavors of corporate investors. It makes sense for entrepreneurs to check out the menu.